A research project by Phoebe Lelen over the course of her work experience placement at Turf.

Why bother with getting young people involved in art?

Since I was little, whenever I was bored or didn’t know who to talk to, I would draw. I’m sure there are plenty of people my age, with more interesting or more heart-breaking stories than mine about why they make art, but it’s the only activity I can think of that has interested me for so long.

Aside from getting over boredom, art benefits children in their development into teenagers/adults in many different ways:

Part of what’s stopping young people from taking part in the local art workshops and events may be their perceptions of art are. So I asked some of my friends through a few Whatsapp chats (these are all 14/15 year olds, some of them are taking art related subjects like, textiles, DT and fine art for GCSE) what they thought of when they thought of art: 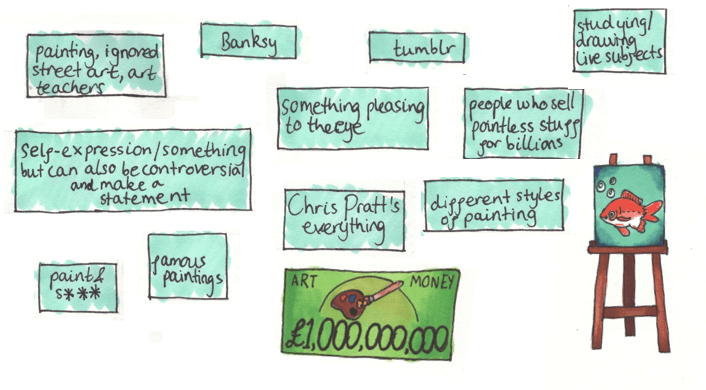 The majority of these answers seem to focus around painting and drawing and don’t seem to touch upon other creative activities. If this is all they think of art and they’ve already decided that drawing and painting isn’t for them, they may not actively look for art related activities. There are and have been local events for different activities, like film making, t-shirt design, stop motion animation, dancing, and making music, but are they reaching enough young people?

Have you heard of any art/culture events or workshops in Croydon, if so how?

How would you like to find out about these events?

How to go about spreading information about workshops and events:

In 2015’s Creative Croydon Report, it said that 74% of those they asked listed going to the cinema as one of the main activities they take part in, and that some of them enjoy going to central Croydon because they’ll always see someone they know. Placing ads where you know young people will see them, and making them noticeable will help raise awareness for these events. For instance, the Whitgift centre, or on bus routes that pass schools. The best types of ads are the least invasive ones, so there needs to be a balance between spreading news about events in an informative manner, and attacking people with leaflets.

The largest gatherings of young people would be in schools. So I asked some of my teachers about the most efficient ways to collaborate with schools: 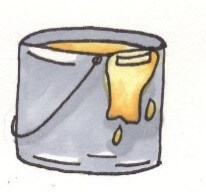 Who in a school would it be best to get in touch with?

The best person/people to get in contact with would be Ms Fair (Vice Principal and Media Studies teacher).  Ms Fair is the senior member of staff at Shirley High School who often liaises with external stakeholders and agencies.  In addition, Ms Doherty (Vice Principal in charge of Sixth Form and Drama teacher) is also passionate about the ‘arts’.  Ms Doherty is always happy to share opportunities with sixth formers.

What forms of promotion (posters, leaflets, talks in assemblies…) would work best to engage the students?

In regards to promotion, assemblies (with a PowerPoint: as it’s visual), potentially workshops during Personal Social and Health Education (Tuesdays 8.50-9.50 am), sending Ms Fair information which she can forward to form tutors: URL website links, social networking details and maybe links to a YouTube channel.  I personally would avoid leaflets as the learners tend to recycle them.

Where inside or outside of school is the best place to advertise to young people?

Ms Fair coordinates this and I have seen her put up posters around the school.  There is also a school newsletter which is electronically distributed to the school community. 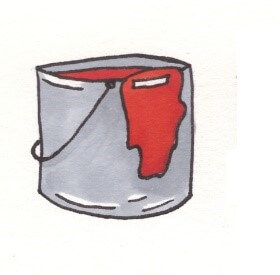 What do you think are the barriers stopping students attending or being interested in art related workshops?

The Government’s EBACC proposals: emphasis on Core subjects and humanities at the expense of ‘arts’ subjects: Media, Film, Drama, Art, Photography and Music, mean that some schools do not offer all of the above subjects, which means learners do not engage or have a passion for ‘arts’ workshop at a later stage in their life.  In addition, there could be a financial implication, if these workshops are not free.

How do you think these barriers could be overcome?

Additional funding or ensuring ‘arts’ workshops are ‘free’ or relatively cheap.  More social media engagement and maybe including some incentives/freebies to persuade learners to engage with these workshops.

One way to get young people involved is to work directly, if possible, with the art departments at schools. If someone is taking an art related subject for GCSE or A-levels, they’ll (usually) already have an interest.

It’s also important not to underestimate word-of-mouth advertising, though it can be difficult to measure. In 2016 the Croydon Youth Art Collective (CYAC) held a Youths Art Takeover which around 1000 people attended. 57% of which said they had heard of it through word-of-mouth. 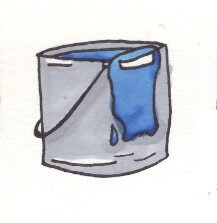 Lastly, if you are marketing to young people, get them involved in the planning. Ask what they’d like to try, how to make the workshops interesting to them. You could use surveys to get opinions on a variety of topics. Though if not many people know about the survey, there won’t be many opinions to help you. At my school, my whole year group have had to take surveys on either issues within the school or from outside organisations. Asking schools to help with filling out surveys will give you thoughts ranging from people already passionate about the arts, who want to get involved – to people who have never had much interest. But if they were to get involved, this is what it would take. Most importantly, take the input seriously. There is no point asking young people what their thoughts are, then completely ignoring them.

Thanks to Phoebe from all of us at Turf for her hard work and creative input over the course of her placement!