We went to Turf Projects and had a great time! We were supposing we would see old and ancient portraits and sculptures from hundreds of years ago, but instead we saw lots of inspirational art done very recently.

Recently students from Robert Fitzroy Academy paid a visit to our exhibition ‘Last words, so it goes’. Here’s what they thought…

We went to Turf Projects and had a great time! We were supposing we would see old and ancient portraits and sculptures from hundreds of years ago, but instead we saw lots of inspirational art done very recently. 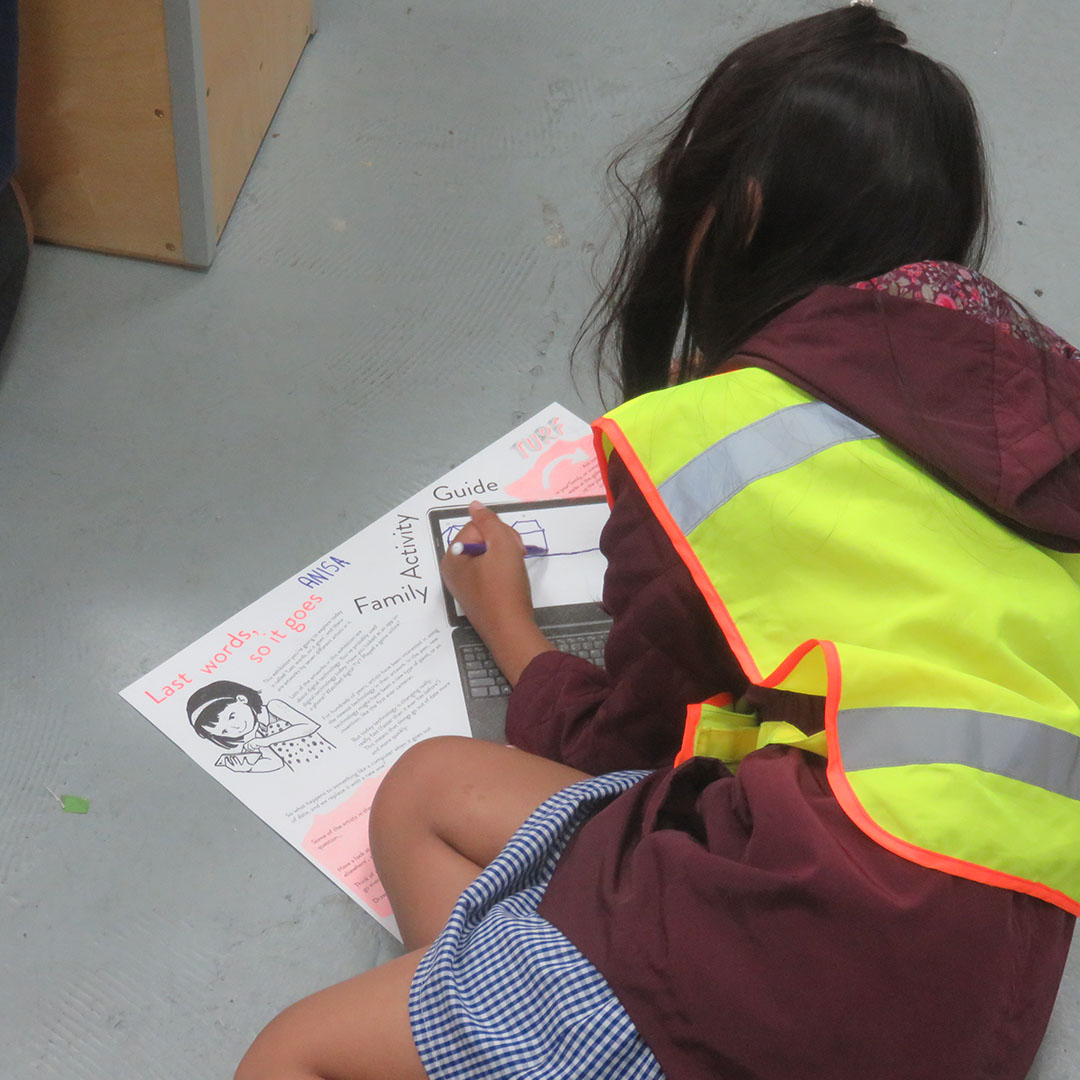 Turf Projects is smaller than any other gallery, but we saw A LOT of cool things. Turf told us anything can be art, and that made us really happy!
The first thing we were asked to do was to write down adjectives about different characters. For example “curious” for Hetty Feather and “strong” for Batman. Then we put these adjectives next to the art that we thought the word described. 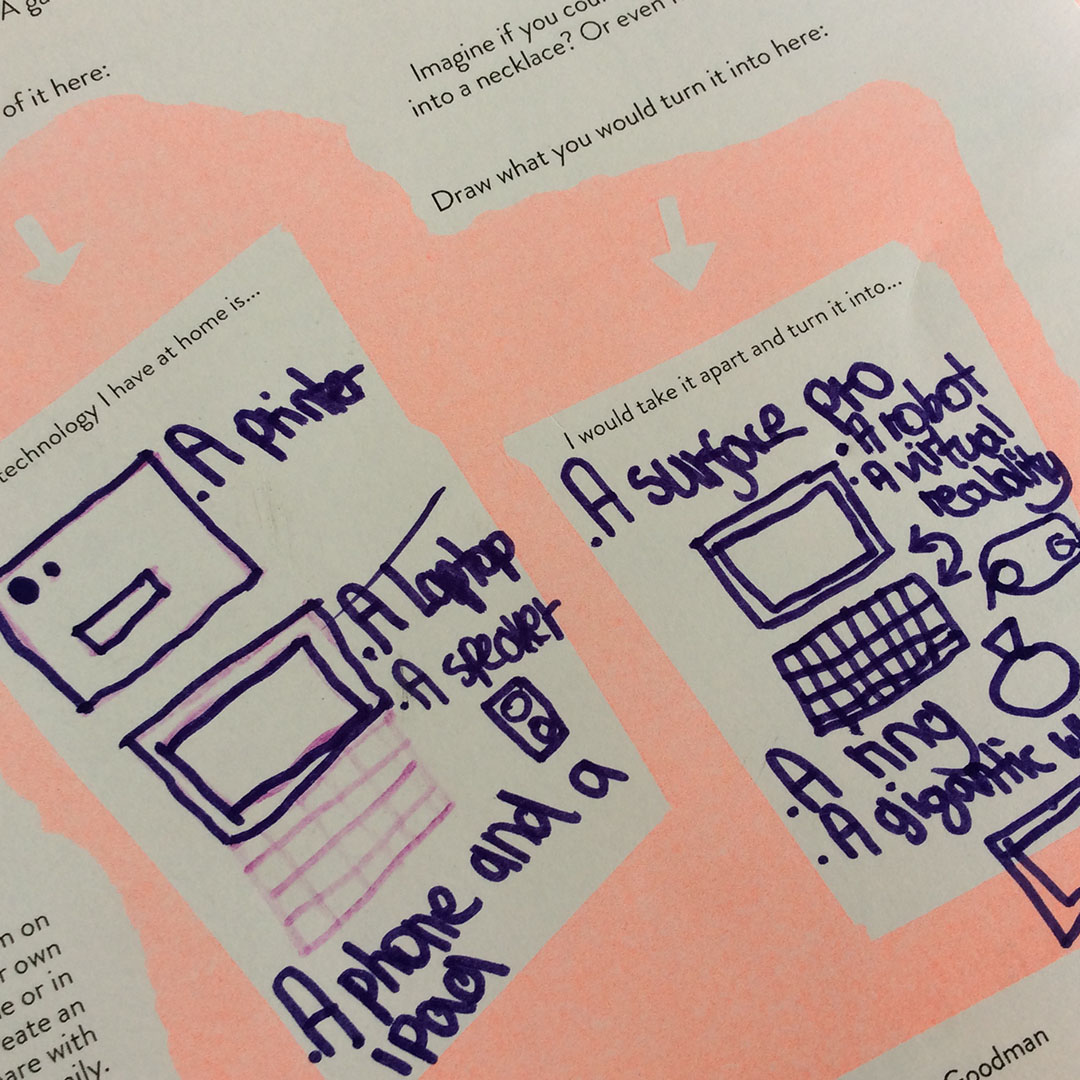 There were lots of amazing artworks at Turf Projects. Our favourite was ‘keep swimming – Alabama Hills’ by Daniela Zahlner. We like it because you can see through the hand. It was hypnotizing us because in real life only the pictures were moving, but it looked like the hand was moving as well. The hand looked like ice and had so much texture, and whenever the screen changed the hand changed colour too. We used the words curious and magical to describe it. 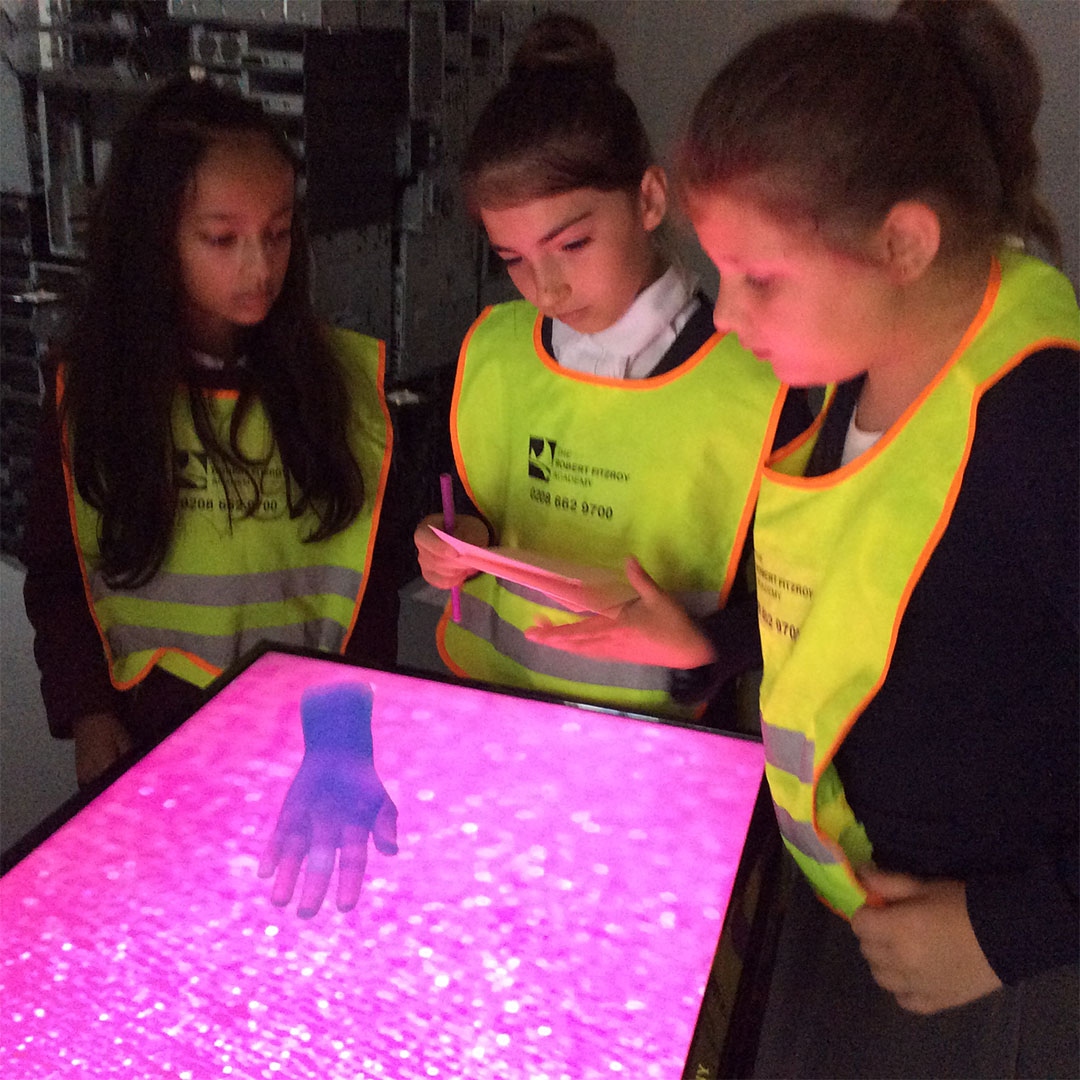 “Constant Linear Velocity” was made by an artist who had a sore back so he invited some of his friends to help him build it and they used over 100 electronic devices. It also took 6 hours to put all of the different devices on top of each other to make the installation. Not only is it an installation, but it makes screechy noises too. The sounds are recordings of opening and closing CD players. It sounds like dropping liquid. Some of the words describing it were: ginormous, stylish, smart, wise, crazy, and annoying! 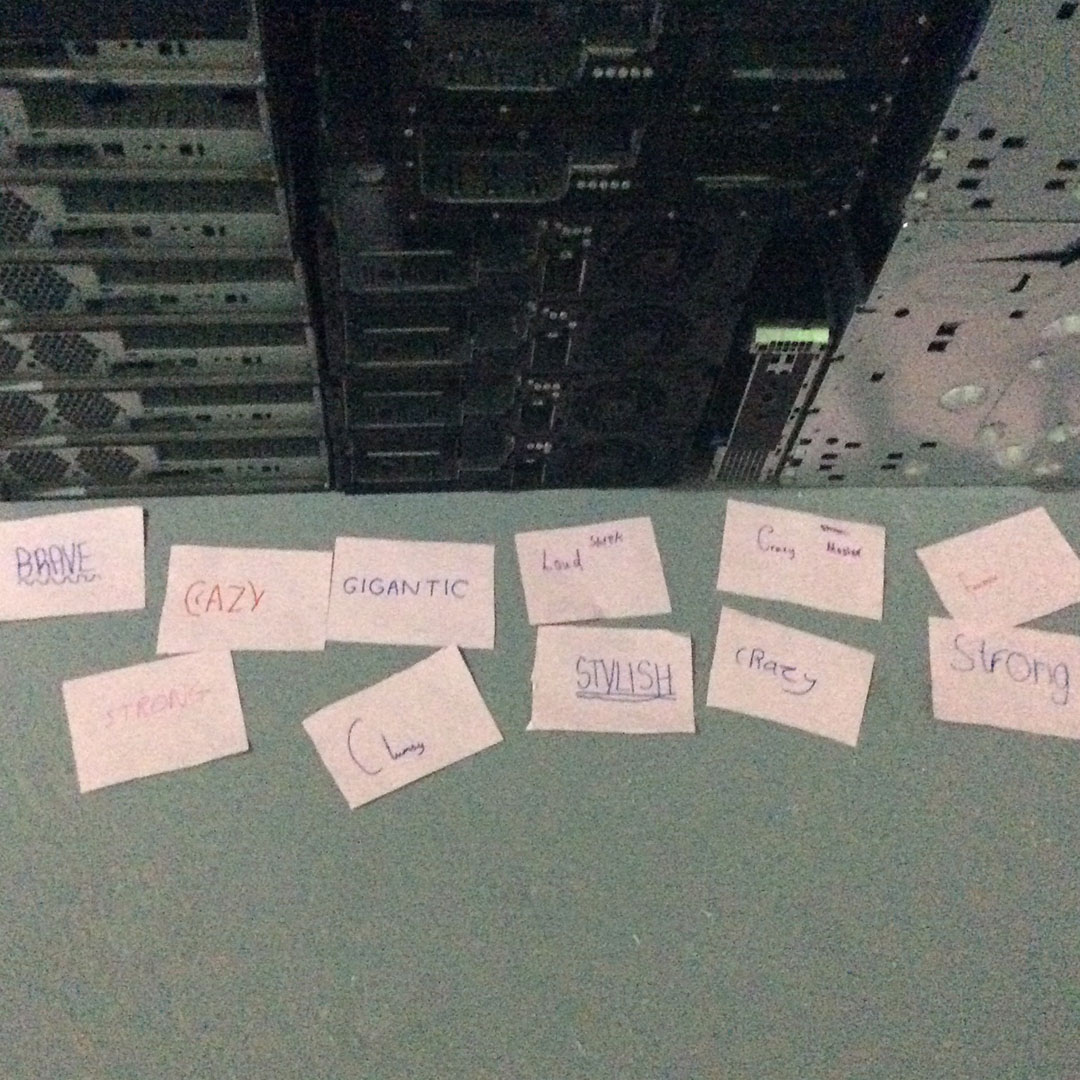 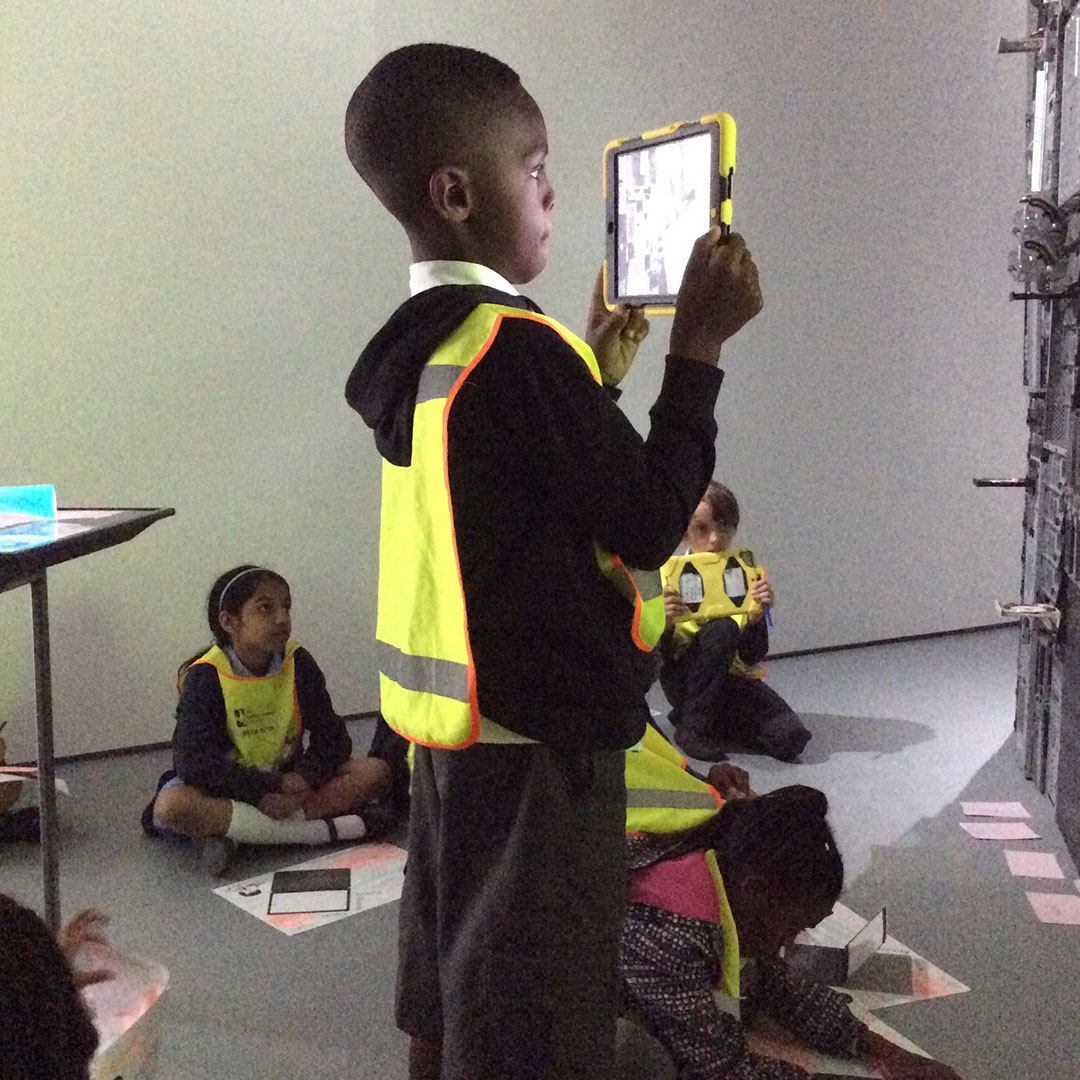 We saw 2 screens which showed hand signs of the “Rock, Paper, Scissors” game. We took a video of the screens and noticed there were blue lines going across the picture! The 2 screens were playing a game with each other. We liked it because it was fun to watch and we like playing that game too. 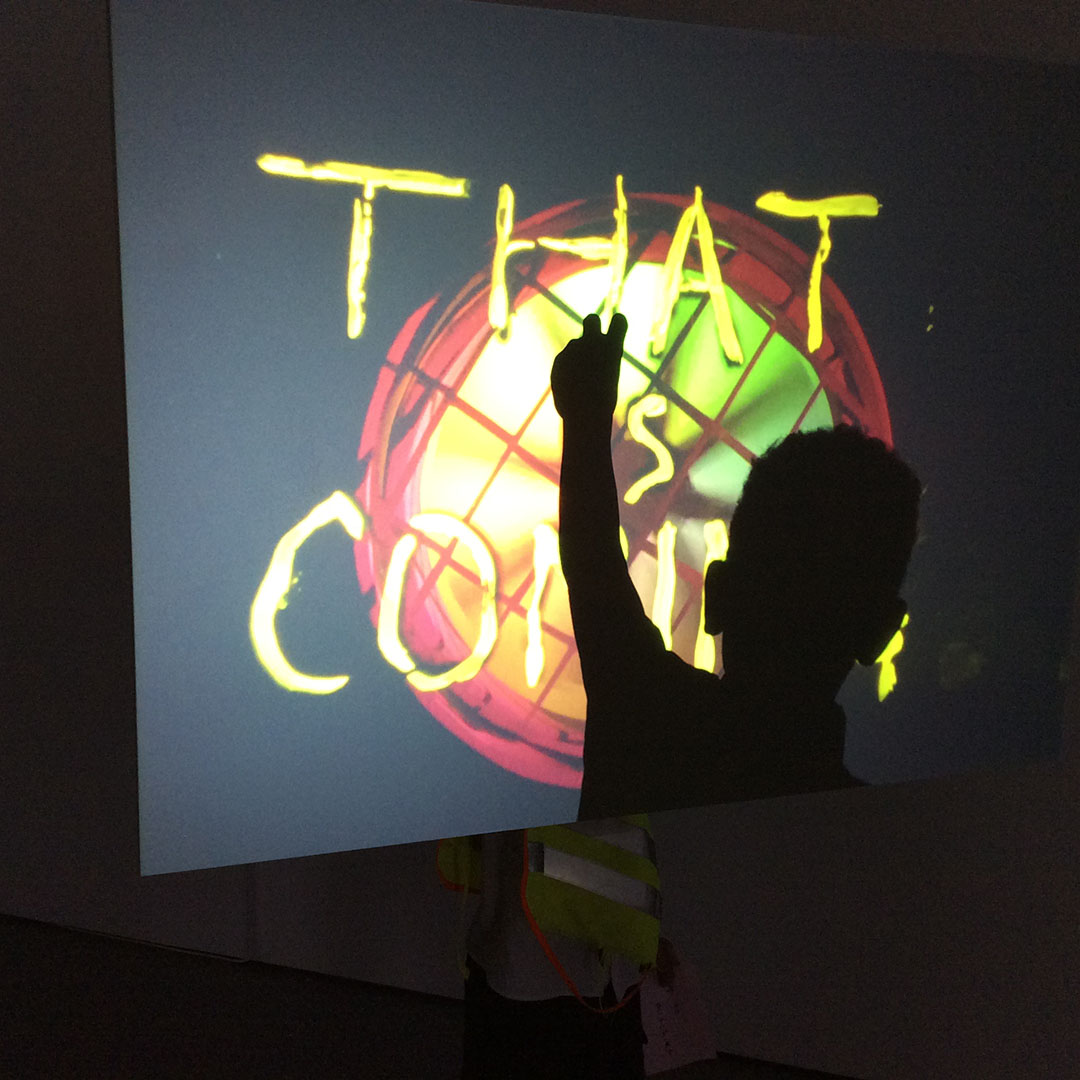 My favourite part was when at the end of the session we watched a video of a snowy scene and when the video had finished, Sophie asked us to draw a picture of somewhere we have been, and we had to make sure we remembered how it looked. It was very interesting to see what other people drew as well, as everyone’s was unique. 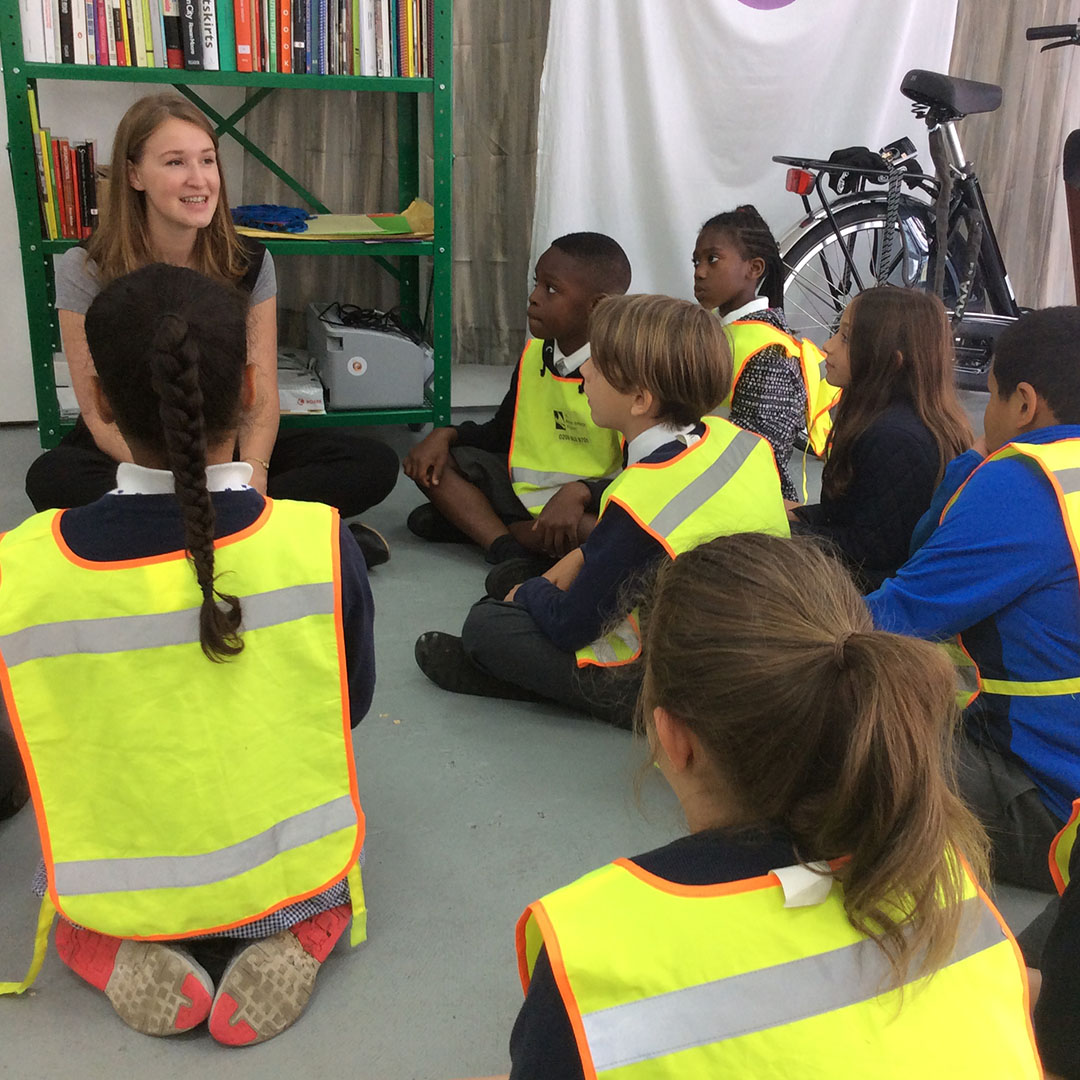 We thought the exhibition was fun and creative because there were lots of different artworks. The artists made them to express the feelings of being sad, happy, angry and scared.
We liked the art and we enjoyed ourselves, it was very interesting to find out what the different artists had created and we are happy we went!
By Keana, Teagan-Jae, Olek, Bianca, Aarush, Abigail, Lewis, Ellis, Anisa, Kai, Alan, Nikita, Oginia, Trevis, Natasha, and Leona 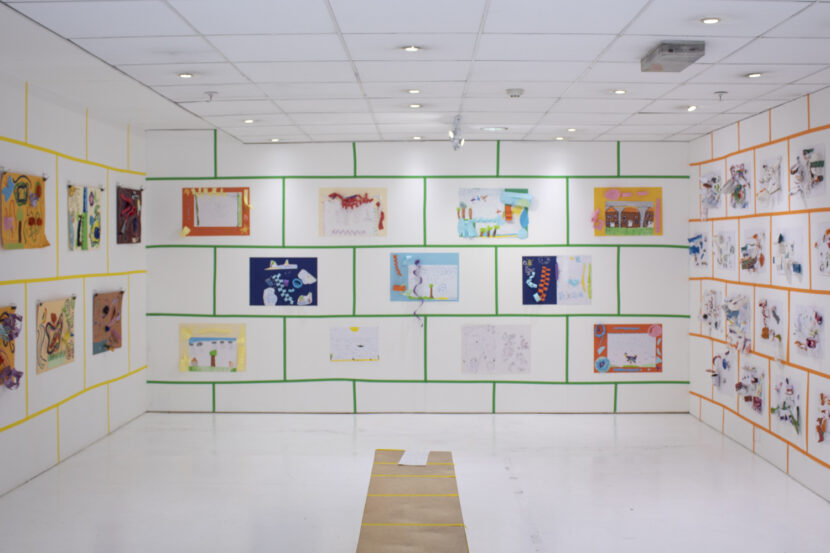