This month at Turf our family fun day on 4th November was fully booked!
Children and parents had quite an afternoon lined up for them; exploring the themes of Saelia Aparicio’s work in Peaks & Troughs using ‘magic plastic’ as a safe glass-blowing alternative, and chalk paint to visualise imagined futures and paint them directly onto the gallery windows.

After a brief explanation of the tools and tasks, the children with help of Parents, as wells as Turf volunteers, got stuck in.
The magic plastic proved very popular, and after a few first burst bubbles, the budding artists began tackling the medium from every angle: some chose to mix colours creating wonderful marbling effects, while others challenged the limits of how large the bubbles could get! A few even opted to collaborate, using two straws for twice the inflating power creating some of the largest and most impressive pieces of the day. 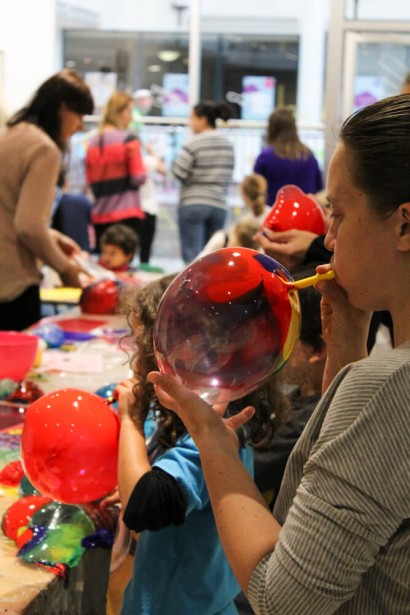 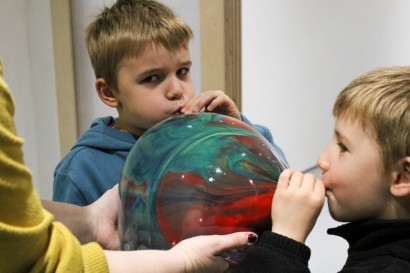 Engaging with Saelia’s exhibition proved to be very informative for Parents and children alike, after working with the magic plastic and understanding the difficulties that might be encountered working with real blown glass, Saelia’s hand blown glass pieces became that much more magical to look at. 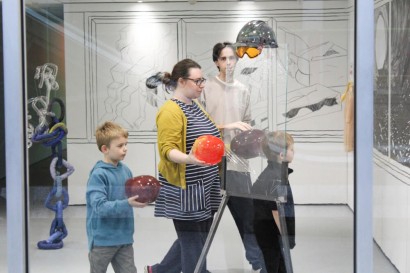 We explained the themes of Saelias work in ways which applied to the Whitgift centre itself. Originally opened 1970, the shopping centre has change in its future, set to be demolished and redeveloped as a Westfield as part of Croydon Vision 2020. 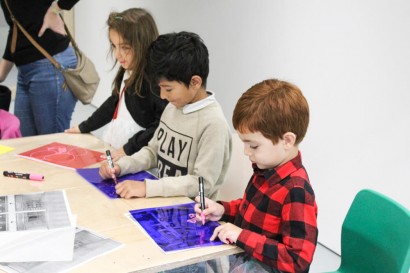 We asked children to imagine what the view from Turf might be a year from now, or maybe 10, or maybe 1000. Perhaps excited for chance to draw on the shop front window, children developed ideas on acetate sheets over photos of the Whitgift centre, then took their visions of the future for the shopping centre to the glass. Their ideas created a wonderfully colourful mural, on display for all passers by to see. 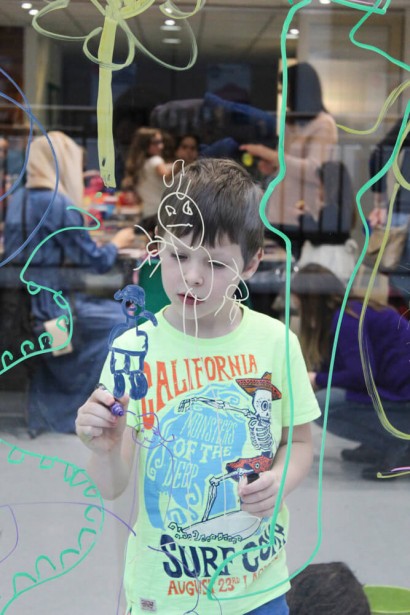 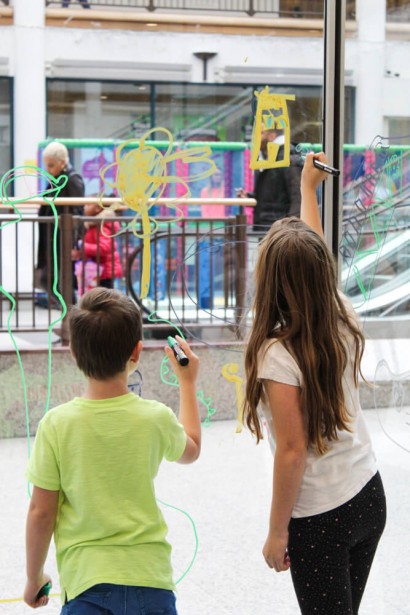 Thanks to everyone who came along, we were delighted with the turnout for the event, and hope that our next family fun day will be just as successful! Our next event will be taking place in January, so keep an eye out for details…