View the artist’s symposium below

Turf Projects presents Get Fit, a new exhibition contemplating the spirit and aesthetics of contemporary gym culture. Brought together by co-curators Olivia Domingos and David John Scarborough, this group show delves into the physical, social and emotional experiences that appear to have become part and parcel of what it means to ‘shape-up’ – whilst harking back to the former use of Turf’s Keeley Road exhibition space as the fitness shop Workout World.

The space, once walled in mirrors and host to a showcase of exercise machines and fitness gear, here offers alternative perspectives on the gym club environment. On display are works by a selection of UK-based artists, imitating this world of memberships, self-esteem, voyeurism and supplements, but also more sensitively considering how we interact with each other and ourselves in the growing commercial industry of physical health.

Abstracting these atmospheres of bodily exertion the show further reflects upon ever-present advertisements for the active lifestyles that we may or may not aspire to. But as the curators also point out, people themselves display fewer boundaries in the gym arena, and the private is made public in open displays of self-endurance, or even leisure. Artists featured here explore the creation of these atmospheres via various mediums including specially designed lighting, partitions and sound, and employ their own bodies as well as ours in re-imagining these experiences. 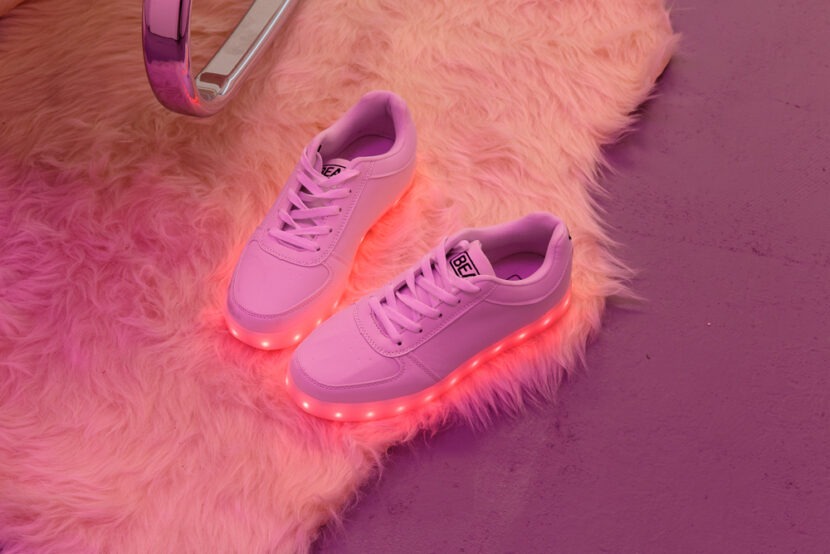 Co-curator David John Scarborough (b. 1991, lives and works in the East Midlands) presents Quitters, a new installation in which partitions and fabrics equally hide and reveal, heeding to misplaced glances and the peculiar proximal encounters with other bodies that we experience in changing rooms, saunas and swimming pools.   Claire Davies (b.1987, lives and works in Nottingham) employs skin ‘textures’ used in 3D modelling, fans, binaural recordings and Pilate’s instructions to create the hypnotic sensation of ASMR (Autonomous Median Sensory Response).   In Chromo-Security Lights Joseph Legg (b. 1992, lives and works in Leeds) places coloured filters over public lighting, proposing a way of enhancing and distorting our daily experiences by transforming the modern-day city into a chromatic playground.   In Sparking Life, Pure Water, Healthy World Adham Faramawy (b. 1981, lives and works in London) uses liquid slippages between physical and digital effects to locate the body as a site for both the corporate and domestic. Faramawy both revises and revels in the infomercial aesthetic, challenging the homogenisation of health and wellbeing trends.   Co-curator Olivia Domingos (b. 1991, lives and works in London) draws from the voyeurism found in celebrity culture, inviting you to relax as Kim Kardashian West shows us how to fit into our jeans by Friday.   Aoife Mullan (b. 1990, lives and works in Dublin) employs fake social media narratives and personas to playfully inspect ideas of meritocracy and self-governance in gym culture.   Steven Mills (b. 1991, lives and works in Birmingham) presents himself as a commodity; and assisted by commercial materials to expand his limitations as an individual combines 3D printing, metals, silicon, protein powder and his own bodily fluids in an attempt at self-preservation.   In a collaborative work from George Chinnery (b. 1991, lives and works in the East Midlands) and Amy Pickles (b. 1990, lives and works in Glasgow) we see contrasting motifs from health retreats to faded industry, creating a narrative platform that playfully traces the rise of leisure, isolation and invisible labour.   Walking through the gallery Remixes Made by Tennis Data from James Murphy (b.1970, LCD Soundsystem) adds an almost haunting acoustic dimension to the show. Murphy transformed tennis data collected via the IBM cloud into real-time music through a generator, and the resulting audio was streamed live during each 2014 U.S. Open game. The sounds now serve as ghost-like reminders of each match.
Documentation

Join us for a series of talks exploring gym culture.
Info ➜