Initially, we looked at a collection of intimate moments by Francisco Zhan. They were collated into a piece set to be an exhibition accompaniment. A running internal narrative of moments: text messages from friends, self-centred oppressive bosses and taking so many painkillers. I sat in an awkward place, as I knew these were real moments of a life, but had no way of rectifying them. Phrases repeated over and over, placing the reader in a fugue state similar to the artist had been. Pop references of Lana Del Rey’s Summertime Sadness cropped up; the scene was a whirlwind of youth and nostalgia – and queerness (as a definite notable icon in the queer community!) I think we all questioned what role an exhibition text has, as well as a bio… and how far we want the audience to resonate with very personal anecdotes or non-english phrases. Perhaps it’s not important for the audience to understand everything. This was, after all, their story to tell, and a gracious thing to even let one into. [Francisco will be showcasing work in an exhibition called The Time I Thought that the Devil Actually Wore Prada at SET Lewisham, 64 Loampit Vale, Lewisham, SE13 7SN. Opening: Thursday 14th November 2019: 6 – 9 pm] 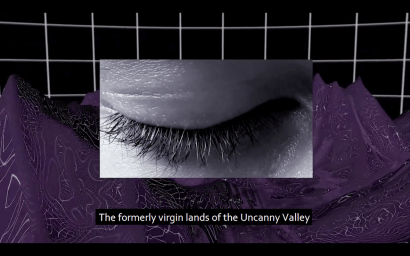 The second artist we looked at was Horia-Victor Munteanu. His work was like carefully unpicking and dissecting the skin of reality, something surreal and delicate and slightly frightening. His work looked at AI, and a world which was infected and mutated; Humanness bled into Technology bled into more. We thought about what words felt and sounded like, what words felt more distinctly human and what felt more alienated. The use of image with language is always interesting – here a purple mass of plasma like liquid ebbed and pulsed behind a monochrome single eye, blinking. Behind an eerie electronic soundscape, I now wonder what the effect would have been like if the text had been spoken. How dark the blend of a human voice and an AI mind would have been.

Lastly, we looked at Robert Lovejoy’s poetry. This was also an example of visual poetry – Superman stickers flew above words of loss, hope and ascension. Stanzas were kept in borders of bright orange and purples- which, when reading the work, gave a bittersweet edge to the somewhat sombre tone of his poetry. Poems about losing someone and isolation were often tinted with a hopefulness and quiet optimism, beautifully crafted in their honesty and directness. I think it was appreciated. I felt everyone was slightly touched by such that openness. As an avid lover of visual poetry (re: Ewa Partum, Bob Cobbing, etc.) it was exciting to see the visual on such a level with the language. It felt like the two were inextricable.

The intimacy of all the pieces; the proximity to desire, shame, humanness… it was a eclectic triad of attempt to get close, to get under the skin. We got transported into dystopian technological futures, hospitals, heavenly realms, the fashion world… and at the end of it, it was so beautiful to find ourselves back at Turf. Especially with Alice Channer’s immersive work to sink and dream into.

Thanks so much to all the artists that came out and to Turf for creating endless spaces to discuss and encourage art! 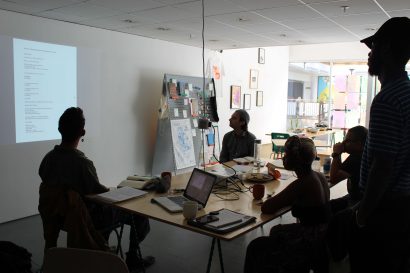 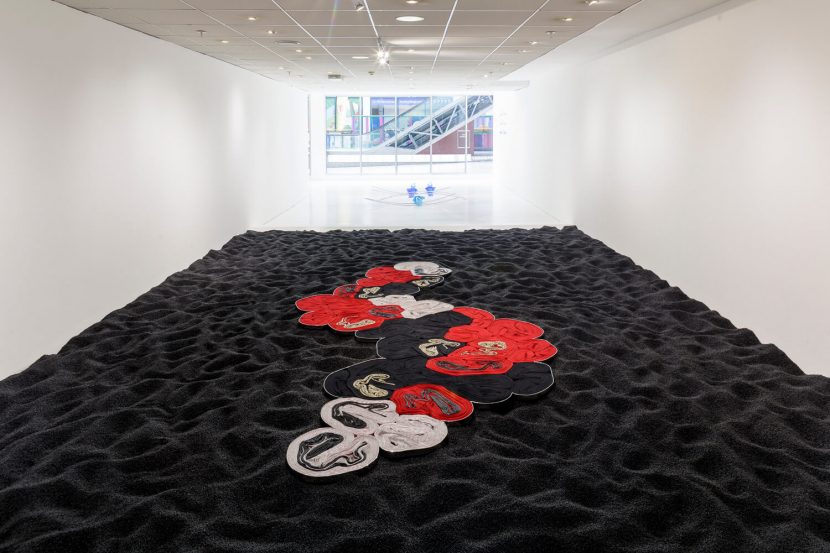