In our current societies art making is under-valued, despite the many benefits to the artist, and the people and environment around them. Because of this it can be seen as a radical act to continue to create and share that with others. Through lack of resources, artists are often in competition with each other, and encouraged to criticise other artists’ practices. However open crits can provide artists with a space to support each other in our efforts to put our art into the world.

A crit is an opportunity to express our ideas through any medium to a group, and is a chance to listen to the comments, questions, and ideas that it inspires in others. A crit can also be an opportunity to meet other people, to learn things, and find new ways to collaborate or help each other.

You can’t ever really know what your work will invoke in others, but a crit can give you insight. On a Saturday lunch time at Turf we dived into discussions about how our memories can be influenced by photographs, and the way vacations are depicted in the media around us. These conversations were instigated by the sandy works of Miguel Sopena, who presented a series of left-over-paint paintings. How can paint depict feeling?

We quickly jumped from stormy seas and Pegasus catching fish in Gary Franklins painting to The Destruction of Pompei and Herculaneum John Martin (1822), an apocalyptic painting which influenced early disaster films, and which itself was damaged by natural disaster when the Thames flooded in the 1920s. From there we leaped to Guardians of the Galaxy 2, James Gunn (2017) and the use of purple in contemporary cinema. I liked how we found reference to classical painting and sci-fi in one work.

Harold Robson showed us a video on which we immediately started imposing narratives about the freedom of geese compared with the corset-wearing and train-timetable-following people. Harold also produced the music, so we watched the music video Star Guitar Michel Gondry (2002) who gathered the footage on train journeys in France, and cut the footage so the buildings matched the beats of the song. We also watched The Girl Chewing Gum, John Smith (1976), as Smith seemingly directs a London street from behind the camera.

It’s so good this space exists every month; come and show.

Turf’s next free crit will be on 28 October, led by current exhibiting artist of Peaks & Troughs, Saelia Aparicio. 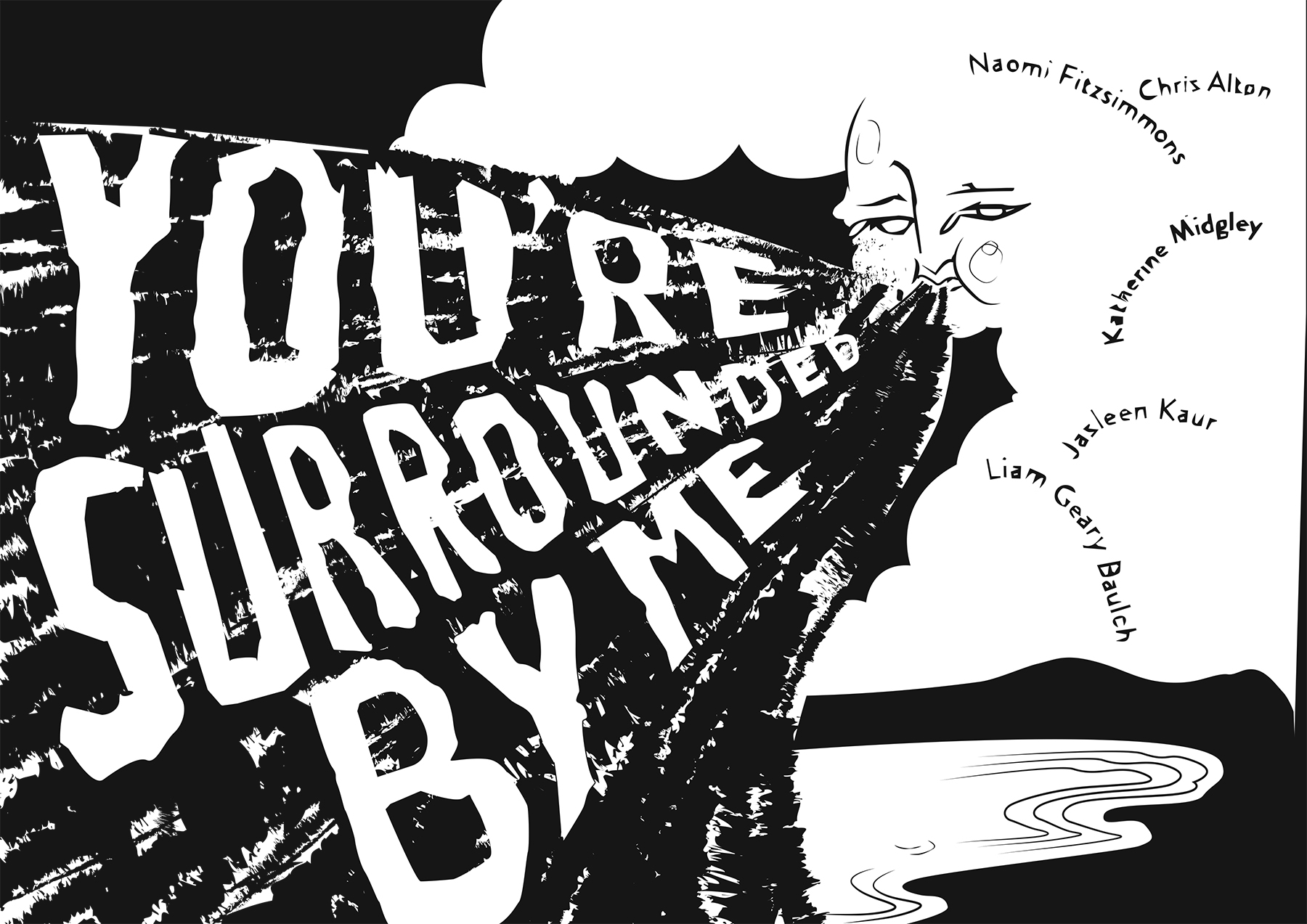 OPENING NIGHT: You’re Surrounded by Me