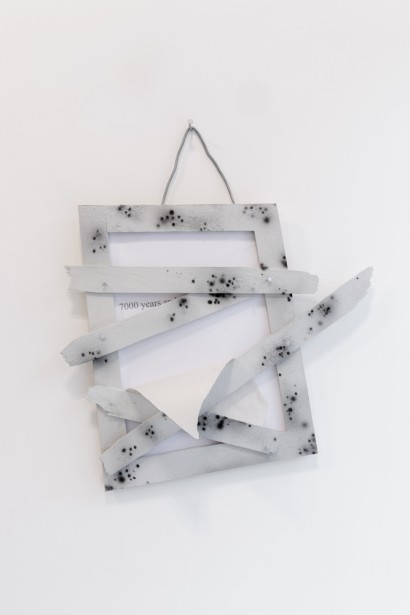 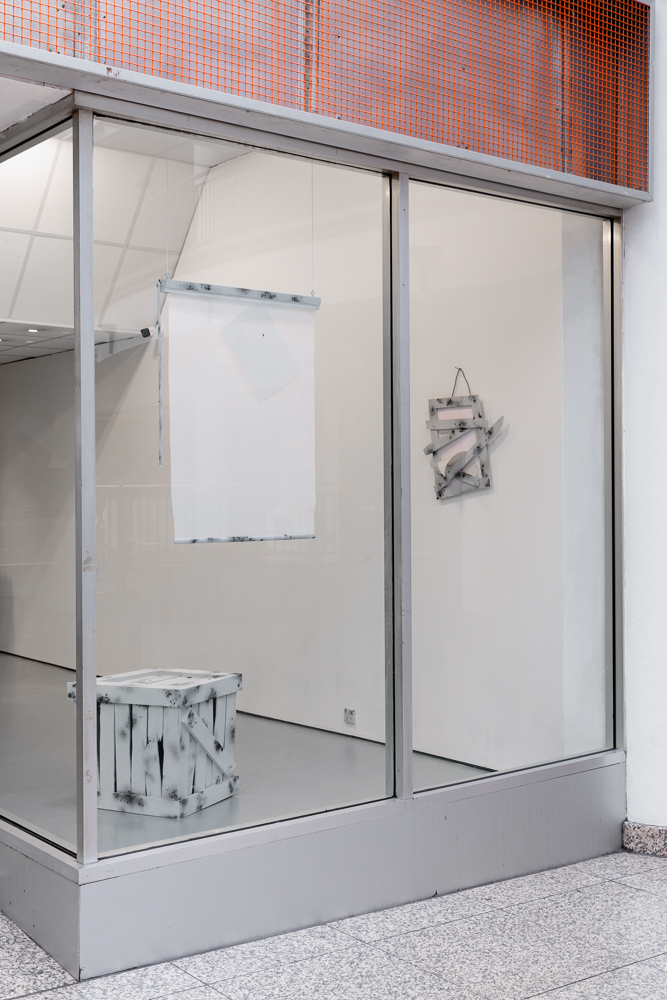 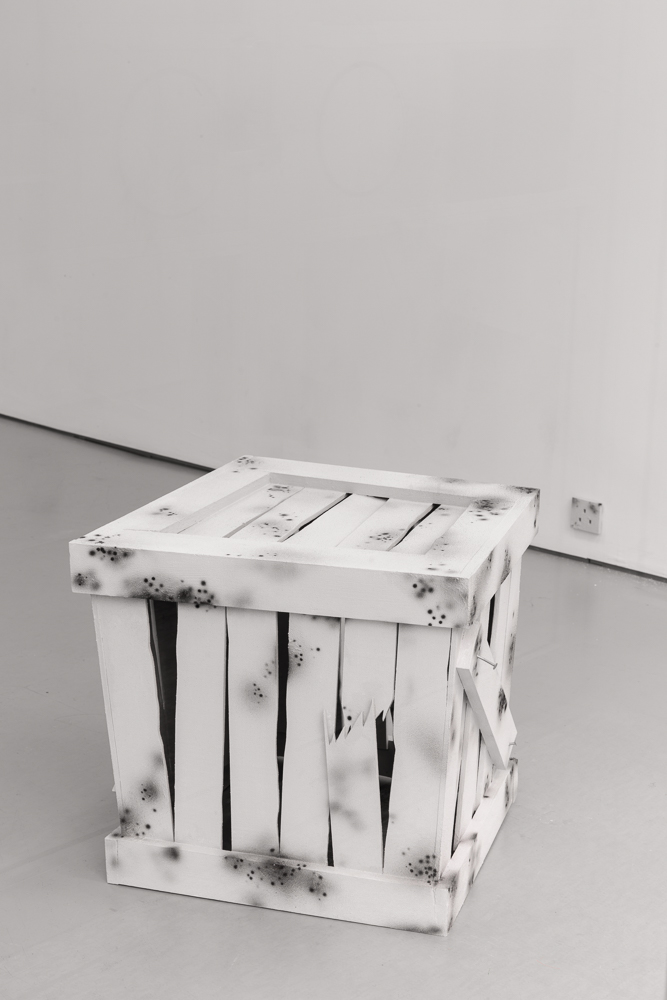 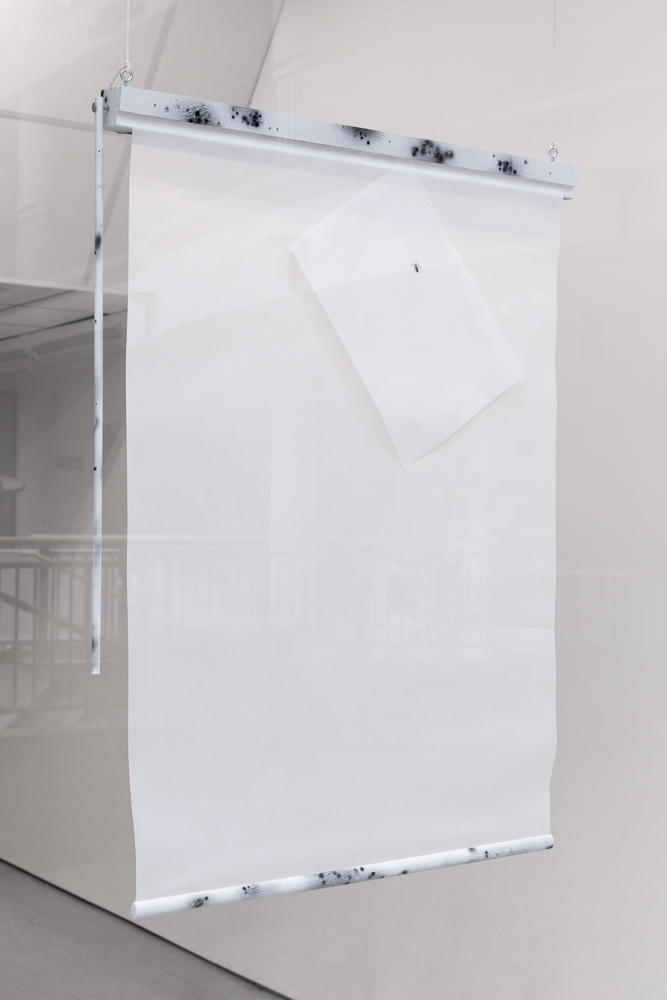 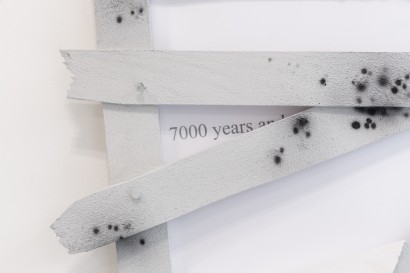 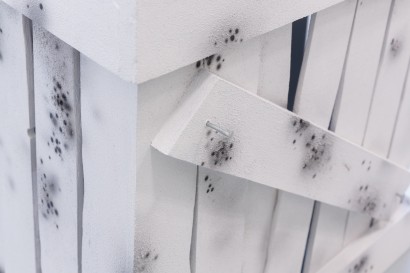 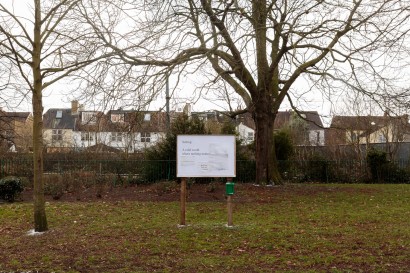 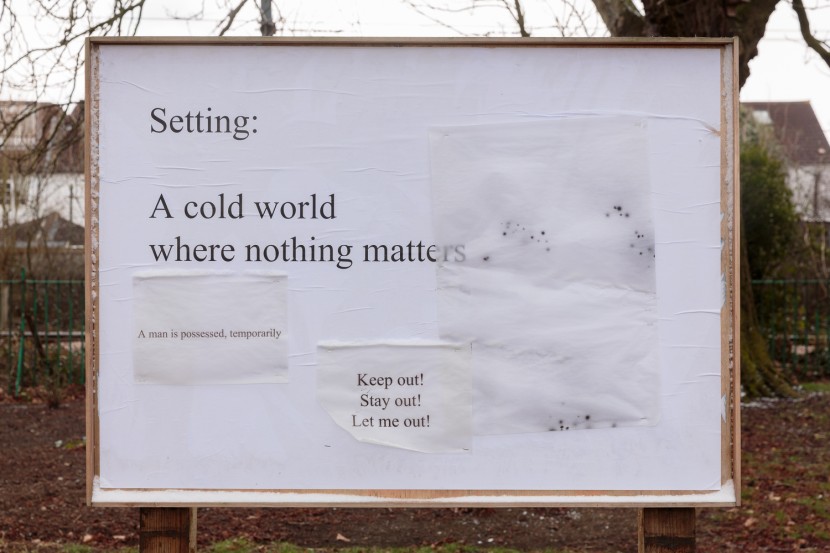 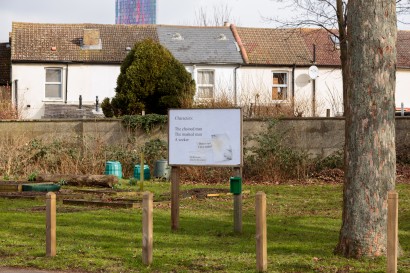 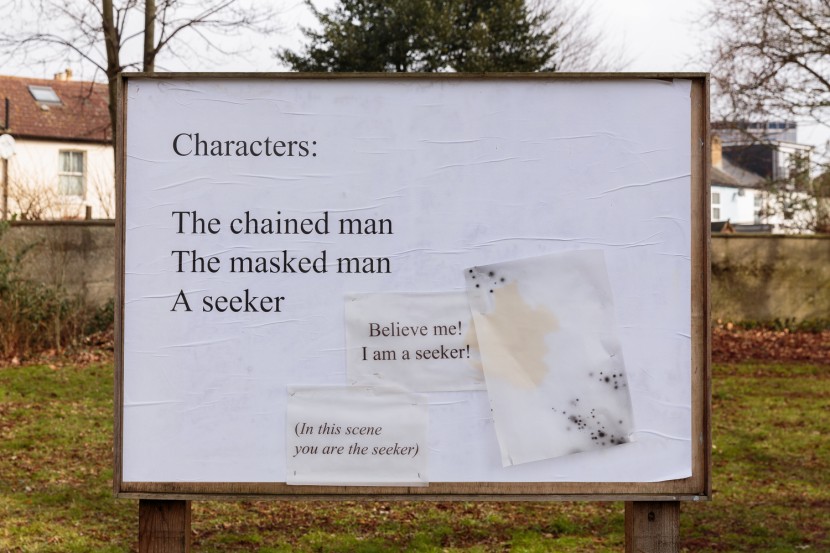 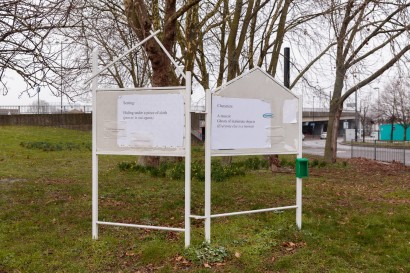 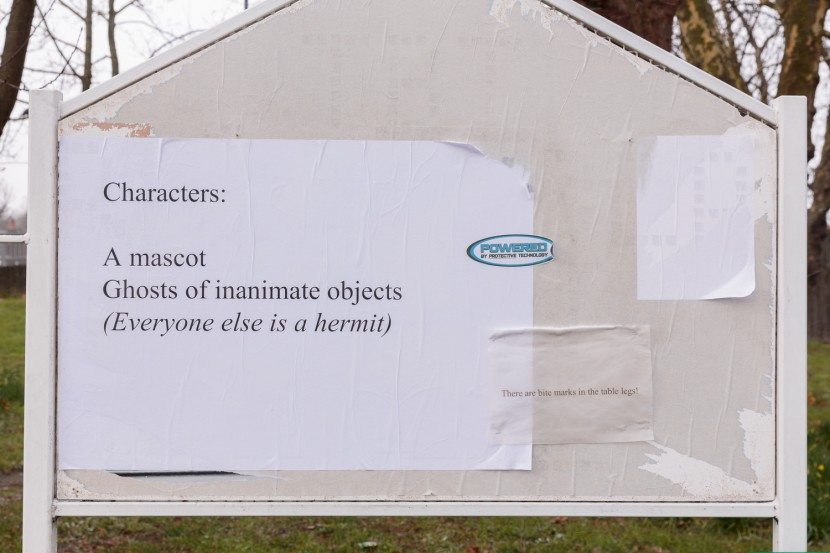 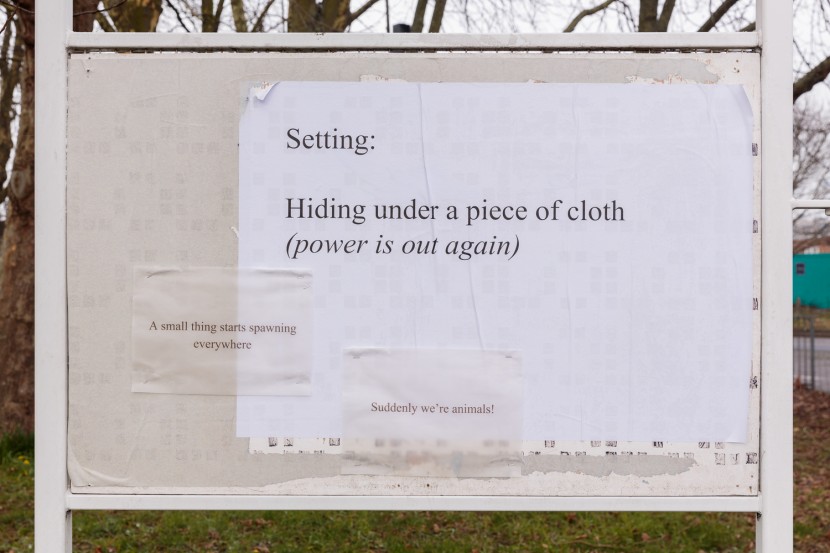 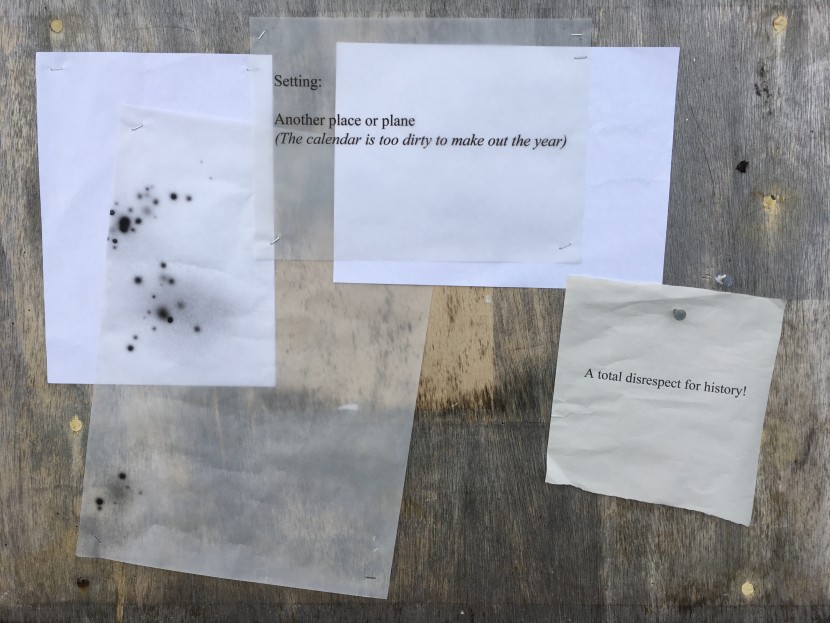 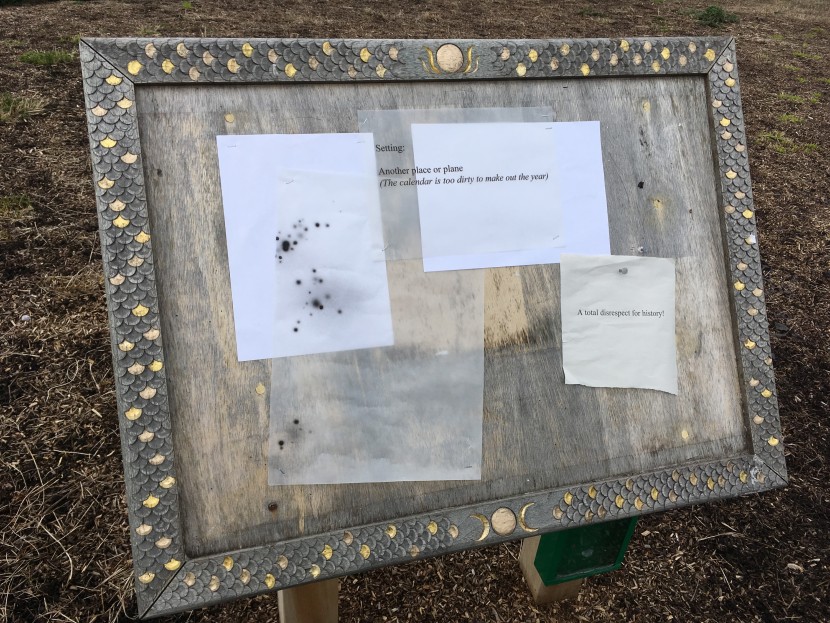 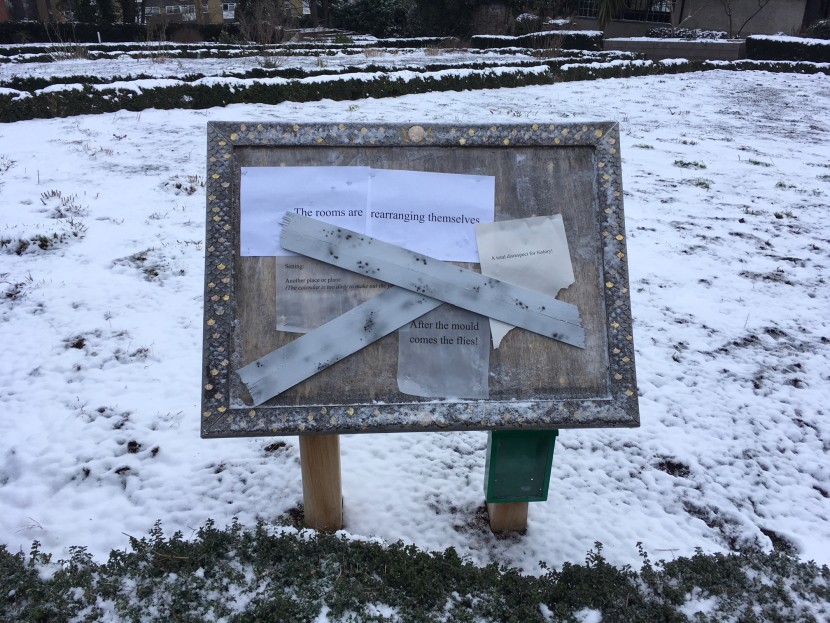 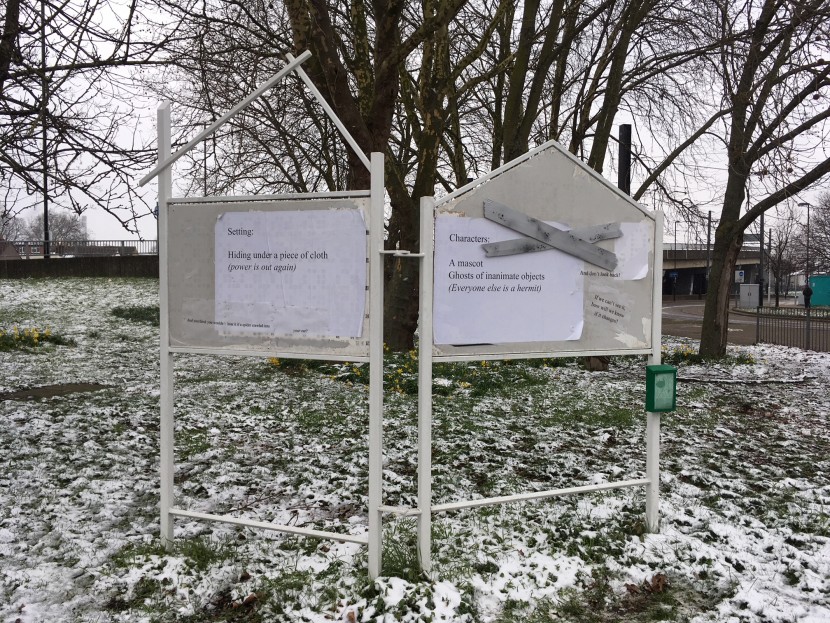 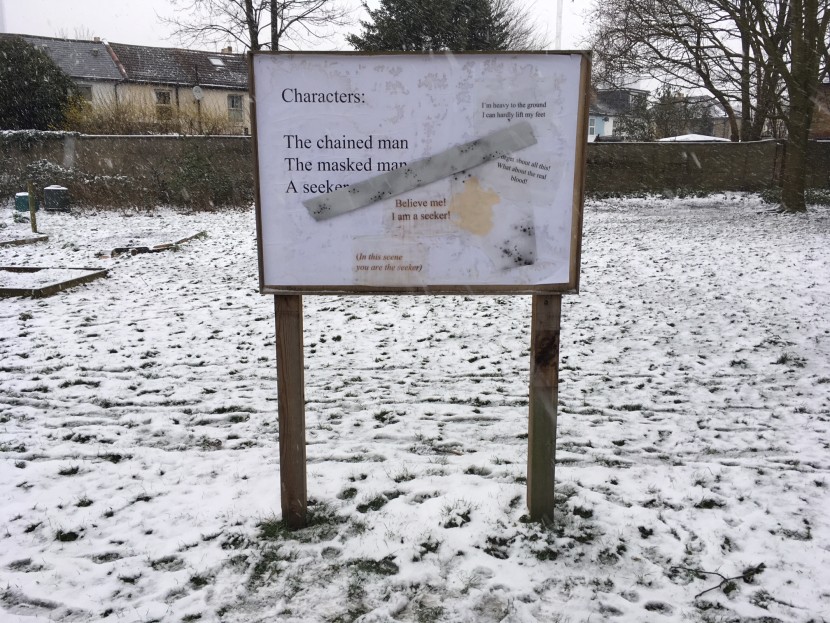 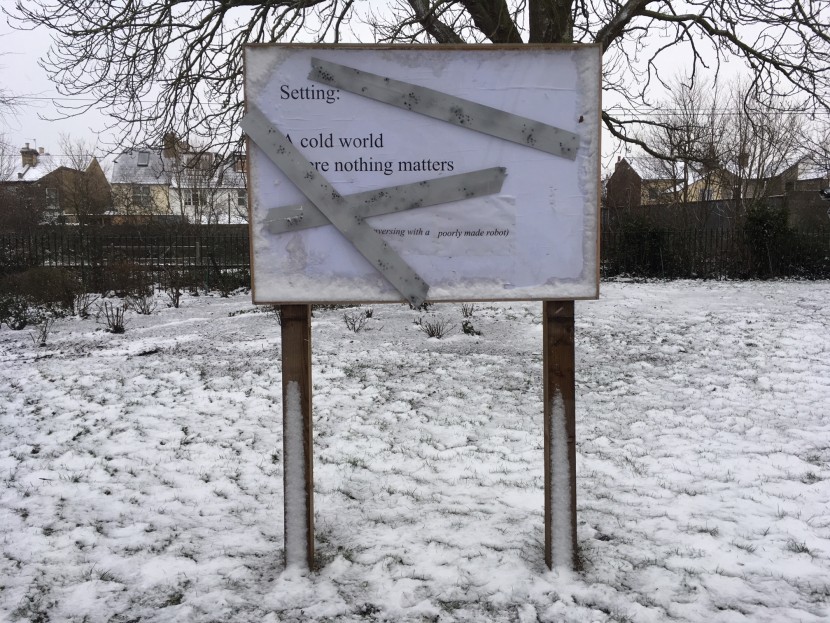 For our latest Fungus Press commission Kitty Clark presents “Spiders Web is a Stage for a Play”, a collection of sculptural and text works based around the activity of a haunted house.

In the gallery, a series of seemingly familiar objects; a plug socket, roller blind, picture frame and crate, reveal themselves instead as skewed and uncanny interpretations from another place or plane.

The texts take the form of a ruined script, spread over several billboard sites across Croydon, that evolve and decay over the duration of the project, with more text added gradually alongside growing mold.

As part of Kitty Clark’s residency, barricade yourself in Whitgift Shopping Centre with us for a screening of George A Romero’s shopping mall horror “Dawn of the Dead”. Preceding the film, view a selection of video clips that have informed the creation of Kitty Clark’s Fungus Press work “Spider’s Web is a Stage for a Play”, including abandoned theme parks, ghost trains and malls.