Over this summer, Croydon-born English Literature student Jess Baxter is exploring the inner workings of Turf. During a series of interviews, group conversations and informal chats with studio holders and artists, she’ll be posting her findings via a takeover on Turf’s blog.

Catherine Stephenson has had an incredible and busy last few months: she’s graduated from Croydon School of Art, is preparing for her upcoming residency here while dealing with an illness that has had an enormous impact on her whole life.

From next week, Catherine will be exhibiting her work at Turf, with a thematic focus on the nature that permeates the urban cityscape of Croydon. Her work is largely made up of etchings of leaves and flowers. Yet the botany-based art she creates is more than just a hobby – it is also a refuge from the struggles of a chronic condition that has affected her life for several years.

In 2005, Catherine was forced to foreshorten her career as a veterinary nurse due to having a sudden, life-changing accident at work. She has since lived with complex regional pain syndrome, an illness that physically impairs the individual, leading to the necessity of crutches or a wheelchair.

As a creative outlet away from the induced stress of her illness, Catherine began her artistic journey by attending art therapy classes at the Richmond Fellowship’s Art Matters organisation situated in Redhill. Seeing potential in her work, they encouraged her to take up art at college.

And now she sits in the gallery space, deftly and precisely tracing a photo of Croydon buildings onto an acetate sheet. It’s hard to reconcile her battles against physical and mental illness with the vivacious, determined nature in which she produces her artwork. The creative processes of her recent etchings are physically demanding, involving acid washes and heavy machinery. When there’s a piece of equipment she finds she can’t use, Catherine simply finds another alternative. She says while it’s frustrating she can’t do the things she used to with ease, creative energy spurs her on.

Before her accident, Catherine had never seriously considered art as an occupation. She had always enjoyed viewing art in galleries, but it was only after her accident that art appealed to her in a way that never had before. The operating room of a veterinary centre seems leaps and bounds away from the space of an artist’s studio, but there are parallels between what she did before and what she does now.

“Science does feed into art”, Catherine says. “And there’s an element of artistry in a veterinary surgery. The main difference is that science is more black and white; there is always an answer. Whereas with art there’s always that grey area of subjectivity.”

The opposing ends of the science/art spectrum are getting closer and closer together. Catherine explains that both fields each have a degree of precision, of improving things, whether it is the physical and cosmetic reconstruction of an animal or a sculpture.

Another dichotomy that features in Catherine’s upcoming exhibition is the opposition between city and nature. She fluctuates between condoning and condemning Croydon’s urban sprawl, but believes Croydon has retained hidden gems of nature, and that it’s even fighting back. “Like when you see a dandelion poking through the cracks of a pavement” she says smiling. The leaf prints into the metallic, futuristic quality of the etching plates embodies this message. After all, evolution is about adaption, and Catherine’s art poignantly suggests nature and concrete can actually co-exist.

Formal Gardens and Informal Weeds is on from 19 – 24th August, with its opening night on 18th August, 6-9pm. Free and open to all. 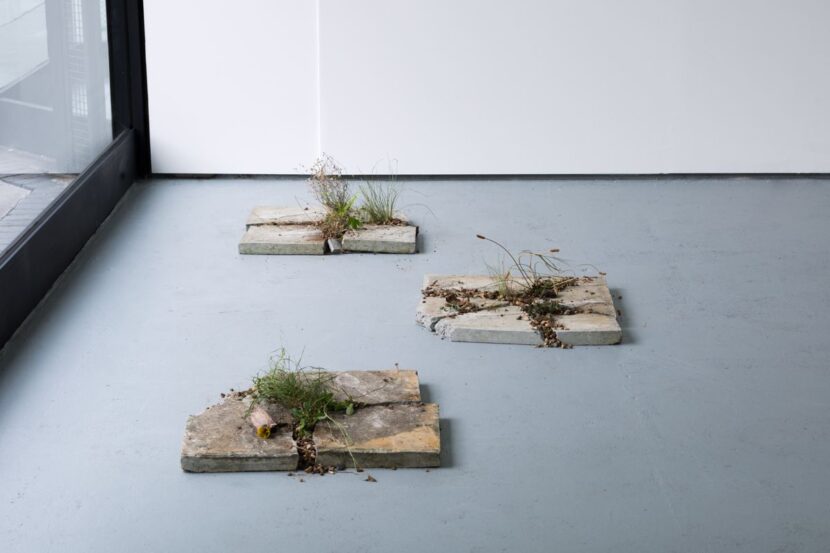