Also in attendance were Mamady Diana and Holly Graham.

First, Fernando Holguin presented documentation of 3 paintings. The first was of 2 figures in white burkas sipping wine and smoking, painted in a slightly grotesque and ironic way. The second was of a group of male police officers with green monster like skin tones dragging away a woman at the centre of the painting. The third work was a painting across 3 skateboards depicting a naked female figure with a glass of wine on one hand with a bird like face and 2 miniature figures (mainly used in architectural models) propped above the skateboards. 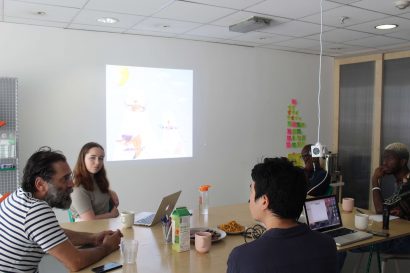 Some questions raised were:

What can art do?
What is your intention? Is it ok to leave this up to the audience? Is provoking enough for you?
Are the artist’s intentions matching what the audience receives? Is there a communication made? How is this process created? Are the techniques such as mark making in the painting communicating your intention?
Is irony and provocation a defeatist position in relation to dealing with politics and the world?
Is it acceptable to paint representations of violence on women’s bodies?
What is artistic censorship and freedom of speech?
What are your own privileges?
What are the artist’s responsibilities with the platforms they have?
Can art change people’s views?

Next, Michael Balamwezi performed 2 poems. The first was of a figure walking through history and place inspired by his travels in Guyana and the second was a reflection upon his feelings of place, politics, capitalism and being in the world. We spoke about his poetry in relation to critical thinking, having agency and a voice. We then went onto talking about the ideal ways to present this work and the frameworks around it such as institutions, building a community and methods of writing alongside his full time job.

Lastly, Caitlin Hall presented a video using found footage, diary entry texts and her own recordings and music. We spoke about the character Sean Young most famously starred as in Blade Runner and Caitlin’s fascination with her life behind the screen; reusing Sean Young’s diary entries and personal YouTube recordings and mixing it with Caitlin’s own. We spoke about the dynamics between popular culture and a revisiting of ‘retro’. We spoke about how in this digital age we are trying to make a more personal connection with images and characters from film to get behind the personas built – to look at their actual selves concerning authenticity, tragedy and reflections on time. We spoke about the methods to engage the viewer such as the display and the use of editing to repeat moments to emphasise intentions and the use of music. We spoke of the issues of legibility and illegibility and possible developments around this, for example by continuing to build work that will continue an investigation (in this case, to continue the investigation of female characters in popular culture as a trope to understand representation and deconstruction).

I hope this summary gives you a feeling of the day and thanks again to all the artists who took part! 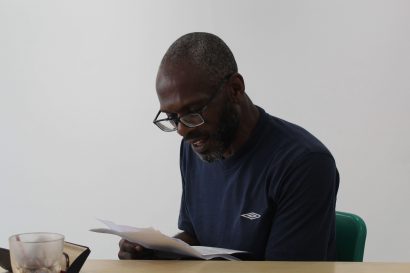 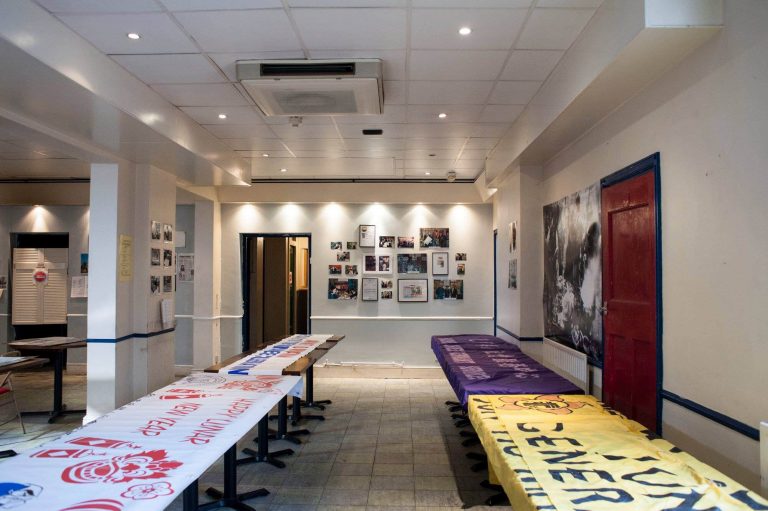