Turf Projects presents an exhibition by the Club Soda Pop Artists at Morden Hall Park’s Stable Yard Gallery. ‘Weft and Warp’ is a collaborative work inspired by the historical textiles industries that existed along the River Wandle, which were at their height in the 18th and 19th centuries.

The river provided power for the mills used in the production of calico, natural dyes and fabric printing. Some of the most celebrated textiles printers and manufacturers working along the Wandle were William Kilburn, William Morris and Arthur Liberty. The Club Soda Pop Artists have hand dyed calico with indigo, using the traditional Japanese technique of Arashi Shibori, which creates a pattern that resembles moving water. This has then been embellished with embroidery and printing using industrial objects.

Club Soda’s Pop Artists are a collective of adults living with learning disabilities. The group formed in 2009 and has been supported by Turf Projects since 2014.

By Tram:
You can get a tram from outside East Croydon station. Get a tram going towards Wimbledon. Get off at the stop Phipps Bridge, which is at the gates to the park.

By car:
There is free parking available. 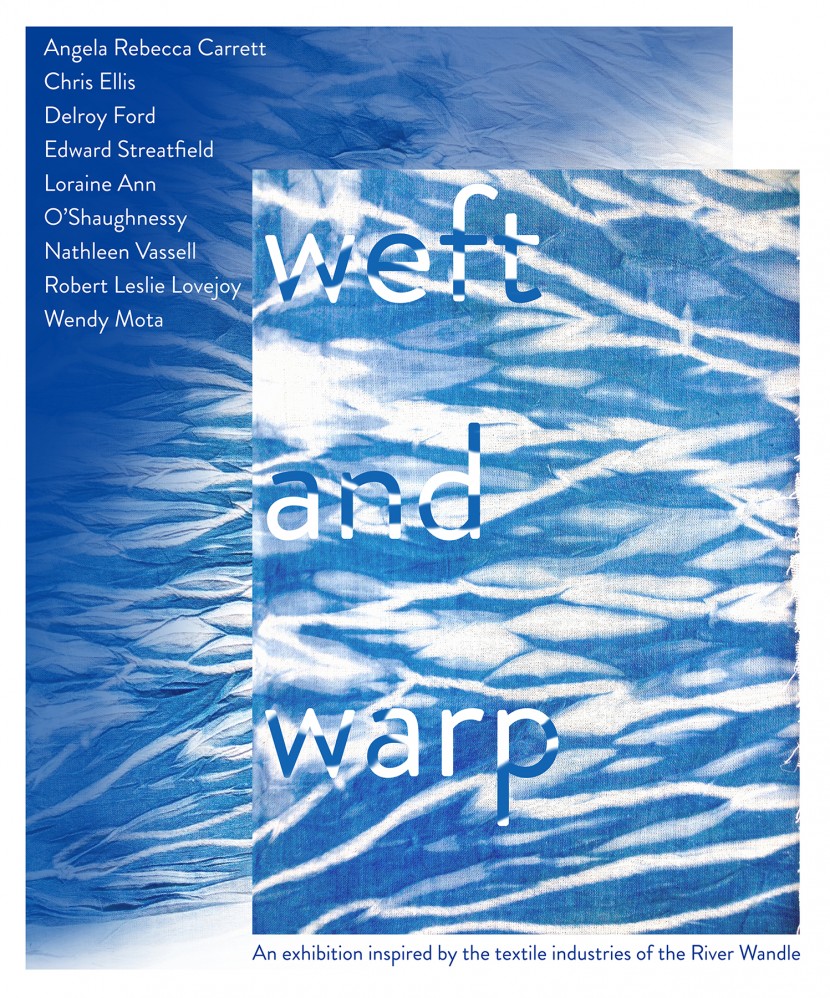 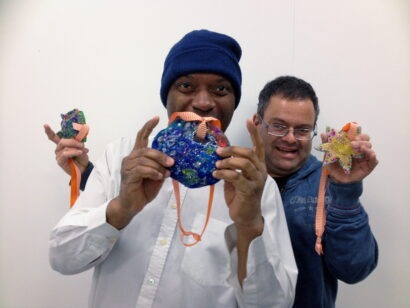 Support a MOSS artist for one year