Littering is a particular rejection of responsibility that has come to define underloved urban spaces and human disdain for the natural environment. Ecological crisis is forcing us to address the mess, revealing unsavoury personal habits and a severe abuse of greenspace. Unloved land is big business in Croydon; property developers are more likely to capitalise on areas the council can’t afford to upkeep.

A counter-argument is to treat funding cuts in park maintenance as an opportunity for rewilding the commons. The unbelievable diversity of native flora in Croydons’ parks is worth celebrating, but we have lost the language. “Weeds” can also be identified as ~ ~ ~ ~ ~
bittersweet
thrift
yellow rattle
viper bugloss
squill
wild cicely

Dandelion is among the most nutritious, ubiquitous, and therefore sustainable food sources on earth. It’s cancer-fighting leaves make a great salad, the flowers brew an anti-inflammatory tea and roasted roots can be ground into a coffee substitute.

Wildflowers have many amazing historical uses in cuisine, medicine and DIY; nettle fibres twined made a strong rope, goutweed relieved cholesterol amongst monks, red clover was traditionally used as a sedative in infirmaries. Modern common names are bright, mellifluous and mysterious, often hinting at the physical properties or appearance that were deduced hundreds of years ago. The short and sweet existence of flora on our commons is easily surpassed by litter. A chickweed flower lasts three to five days: a chocolate wrapper will never degrade.

It’s our civic duty to preserve these spaces; to keep them clean, cherish their lumps and bumps, brave them wet and dry. We Must Be Present in Parks or the Permanence of Thoughtlessness will Survive the ~ ~ ~ ~ ~ ~
gorse
knapweed
wood avens
Sow-thistle
yellow archangel
henbane 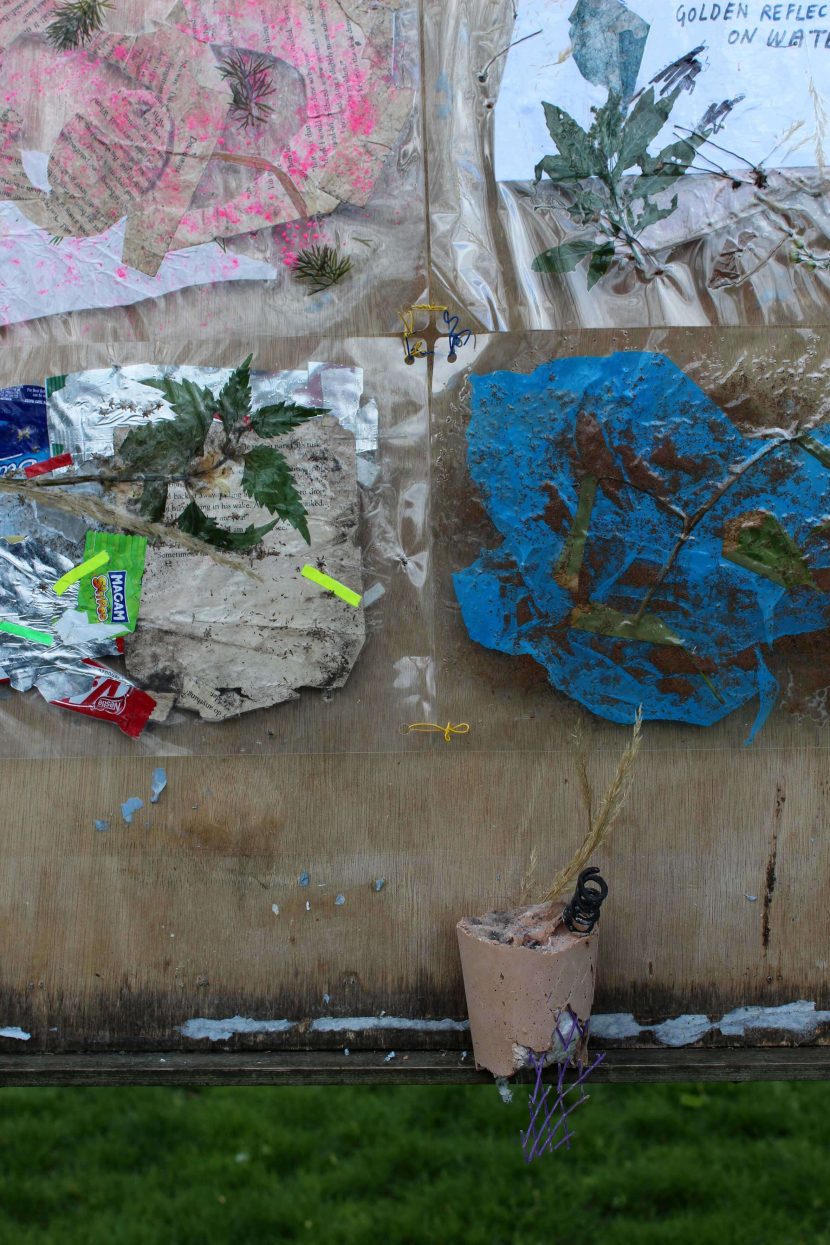 Join Sean Roy Parker for a quick litterpick of Croydon's parks and a chat about his work, followed by a communal potluck lunch.
Info ➜