As part of ‘Cultivate That’ I have been researching various strands of Croydon as an urban landscape, one that shaped me and one that I think has plenty to offer in illuminating wider concerns. Some of these concerns include the production of culture in post-war Britain, urban development and suburbia as outer-city, ways of inhabiting space and generating new meaning out of failed futures. Croydon as place sits on the margins of wider debates, and offers an interesting vantage-point to situate one’s bearings.

As a writer, I often search for particular cultural phenomena or media which offers both a mediation of its  surrounds, as well as emanating a specific image of that place. So the cultural form is both an actual iteration of its content, as well as re-presenting an image on its own terms, often rooted in specific aesthetic and social form. As an artist and poet I felt I could harness this aesthetic education into producing work that felt appropriate and attentive to the questions and histories at hand in relation, particularly in terms of form. It was an experiment to some extent in the manner in which research can determine the aesthetic product, under the proviso that nothing is organically original, but rather emanating out of various influences, conditions and arrangements.

In terms of Croydon, Jamie Reid kept reemerging at the periphery of my thinking as a figure I should look into. I was aware of his role as an anarchist-agitator in Croydon before shooting to fame with the Sex Pistols, but was intrigued to understand the social and intellectual context that conditioned his practice, particularly as part of a generation living in the early developments of Croydon’s urban sprawl. [1] Reid was studying at Croydon Art School in the late 1960s, and ran a zine called Suburban Press for five years, from 1967 to 1972. He was very much into decollage, radically altering found images to present searing critiques of Croydon’s brutalist architecture and the accompanying anodyne culture that surrounded this vision of post-industrial development. 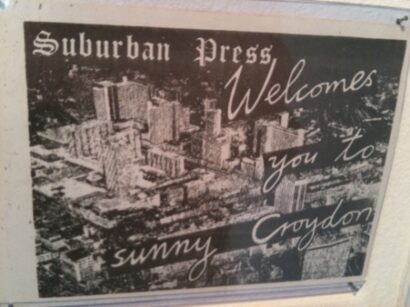 Reid was heavily influenced by Situationism, a French avant-garde movement of the time. Situationism developed as an offshoot of Surrealism and Marxism in Paris with the Situationist International lasting from 1957 to 1972. [2] They were very much interested in subverting the social alienation that capitalism engendered through its commodification of the everyday. They, Guy Debord and Raoul Vaneigem in particular, theorised that spectacles were used to deaden desire keeping the populace individuated and docile. They believed in dérives, wherein groups would wander the city terrain disorienting their senses in order to create situations that would disrupt the usual humdrum of capitalist society and commodity fetishism: ‘A mode of experimental behaviour linked to the conditions of urban society: a technique of rapid passage through varied ambiances’. Detournements, too, were important, in which “[t]he integration of present or past artistic productions into a superior construction of a milieu.’ [3] This would culminate in creative disruptions, graffiti, agit-prop, and public performance. The Situationists would go on to have relative influence over the revolts by students and workers in Paris in May, 1968.

Reid consciously took these ideas and fed them into nascent anarchist and punk conceptions around DIY culture, self-publishing, self-organisation and cultures of disruption. The social and political aspects were rooted in direct aesthetic and intellectual currents of radical modernism, connecting various forms of elite culture with the everyday, and vice versa. Other Croydon stalwarts included Anne Clark and the Damned, with band member Captain Sensible penning the classic ode to his hometown, ‘Croydon’ (1982). Reid’s second phase with the Sex Pistols provides another way of thinking about the commodification of the everyday, particularly Malcolm McLaren’s role in it all. It is interesting to view this, then, in terms of the converging and diverging roles of history, legacy and memory. The history of Reid’s Situationist Croydon, while not necessarily well-known, is not hard to find, its legacy running on through one of the most famous bands of the 1970s right into popular consciousness and urban folklore. Memory is perhaps much more difficult to gauge, and much more labour-intensive to source. [4] 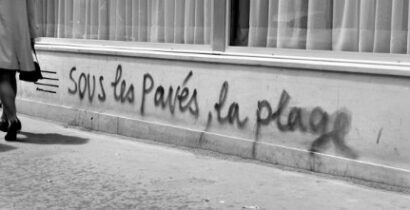 Caption: Picture from Paris Insurrection, May 1968, reading ‘beneath the street, the beach’

One way to think about this conundrum, for myself at least, was to look at Croydon itself as a harbinger of its own memory, and work from there to think about the hidden, subaltern elements that reside under wraps, in the margins. Croydon as both text and stage.

Socialist architecture writer Owen Hatherley offers the typical perplexed view of Croydon. Initially considered to be part of the usual suburban commuter ring, he finds quite quickly that Croydon is something quite different and more peculiar, a ‘result of the subjugation of planning to commerce.’ [5] Where corporate modernist blocks of the business district are intermingled with the old residential sprawl and heavy industrial parks, hemmed in by inner city-style chaos and bucolic John Betjeman-esque Surrey suburb. [6] There’s a whiff of disurbanism in the air, as passersby clash clamouring in the surreal fragmented city-space; social forces funnelled through the survival of the generic as note-worthy and disorienting. Hatherley’s description of Croydon-located Peep Show is a fairly good illustration of a particular instance of the borough: ‘with its grim office a new kind of bleak jobs, its class divisions, its trust-funded layabouts, its compulsory business bullshit, its air of suppressed hopelessness covered with desperate hedonism.’ [7] The point here, though, is not to stew in pessimism and losslessness, but rather to recognise the developments and develop critical responses, ones bound up, quite literally, in concrete reality.

Out of this research and direction of thought I developed artistic work: a soundpiece in collaboration with Anuka Ramischwili-Schäfer, two Fungus Press boards on Reeves Corner, a pamphlet incorporating photography, collage and poetry. In terms of poetry I was influenced by concrete poetry and late modernism. [8] Pear Nuallak, a fellow Cultivate That artist, articulates convincingly the relationship of art and research as a question of experience, both in doing art as a material practice and an attention to the space that mediates social, collective activity: ‘I think it’s crucial to also be honest about how art won’t immediately free us in a material sense, but art can still attract people to freedom in many ways, not least because it is one more possibility that brings groups of people together, the starting point of any meaningful change.’ [9] They praise Turf for their attention to transparency in the process of organising, facilitating and triggering artistic work as socially-engaged form, before emphasising that ‘disarranging is also important… That unexpected non-linearity does not jibe well with a system that demands you perform your deservedness within a project timeline, so I commit to continuing not to know and feeling my way through.’ This is a practice in small liberations: starting conversations, finding points of departure, building community resources and raising collective consciousness. 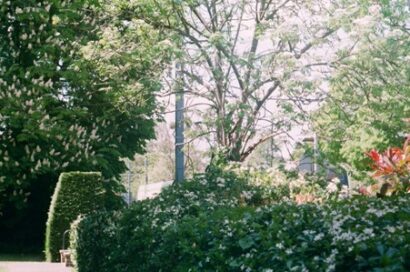 I often bring friends down to Croydon, to do our own version of psychogeographical derive, wandering about the subways and greenspaces, down small alleys, up into stark open highways; an amble to discombobulate the senses and encourage collective immersion. I harnessed this sensibility into my photography practice, making excursions to Croydon during the Cultivate That residency, capturing still moments of the everyday, reflecting on organic and urban change, topics that seem to undergird the whole project across many artists. I walked from Sandilands, voting in the local election up a tree-lined suburban back-street, and made my way along the tram tracks towards town. It was a sunny day, past the East India conservation area, a visible reminder of Croydon continual relationship to commerce and nation, until the slow urban build-up peaks with the NLA tower, Seifert’s masterpiece. The hubbub of East Croydon station rumbles on, while Boxpark’s containerised sociality offers food without experience, reaching down towards George Street, crossing the scar that is Park Lane. New coffee shops, burnt-out Saravanaa Bhavan, an abandoned Allders. St James’s Walk smashed, Wetherspoons disappearing – Tim Martin’s smarmy protest – Grant’s keeping on, just about. Down onto Surrey Street, old timers, and through to levelled Reeves Corner past bustling multiculture, folk engaging in exchange – social intercourse – hemmed in by the roar of A236’s Roman Way, the Croydon Minister, and the fiery memories from 2011 weighing on the brain. There’s something here to unearth, some catalytic meaning that might reorient social life – if only for a transitory moment – what Charles Olson saw in the polis of Gloucester, Mass.; [10] the circumference of the open-field, deployed and delineated in the blissed-out surrealism of sedimented culture and preternatural intensity. 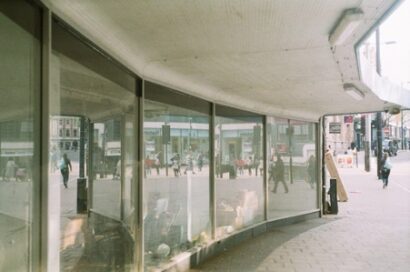 [1] I presented much of this research as part of a presentation and workshop to students at Croydon College, using Jamie Reid and Jon Savage Up They Rise:  The Incomplete Work of Jamie Reid (London: Faber, 1987) and Jon Savage, England’s Dreaming (London: Faber, 1991), as well as Les Back, ‘So… fucking Croydon’, urban skyline projections http://web.archive.org/web/20060417083446/http://www.skylineprojections.co.uk/lesText.htm Accessed 17/06/2022

[2] Fora  contemporary reading of Situationism see McKenzie Wark, The Beach Beneath the Street: The Everyday Life and Glorious Times of the Situationist International (London: Verso, 2011)

[4] During this research the development of a public community resource archiving oral history, zines and ephemera seemed like an important endeavour for the Croydon urban area.

[6] In the accompanying pamphlet, and soundpiece, I rearticulate Betjeman’s nostalgic ‘Croydon’ poem, waxing lyrical for Surrey homesteads, with his vitriolic denunciation of Slough, calling from the destruction of the industrial outcrop: ‘come friendly bombs and fall on Croydon’. This also references the resource-blog ‘Must we burn Croydon’ by Ashwani Sharma https://burncroydon.tumblr.com/

[10] See the documentary Polis Is This: Charles Olson and the Persistence of Place (Henry Ferrini, 2007) https://www.youtube.com/watch?v=FZ8CYOVeZ4E 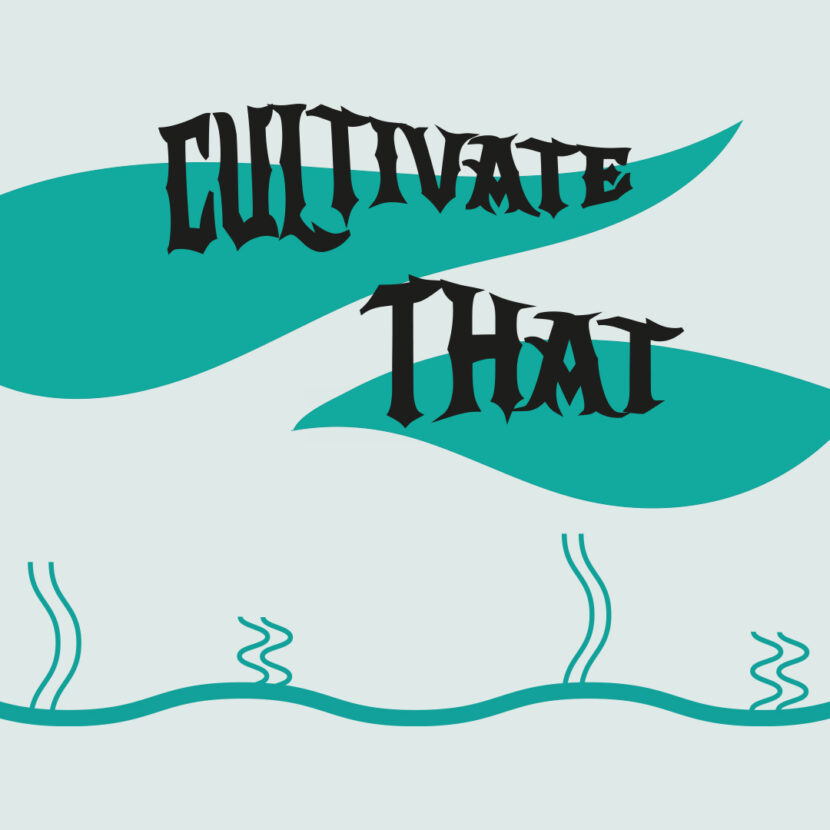