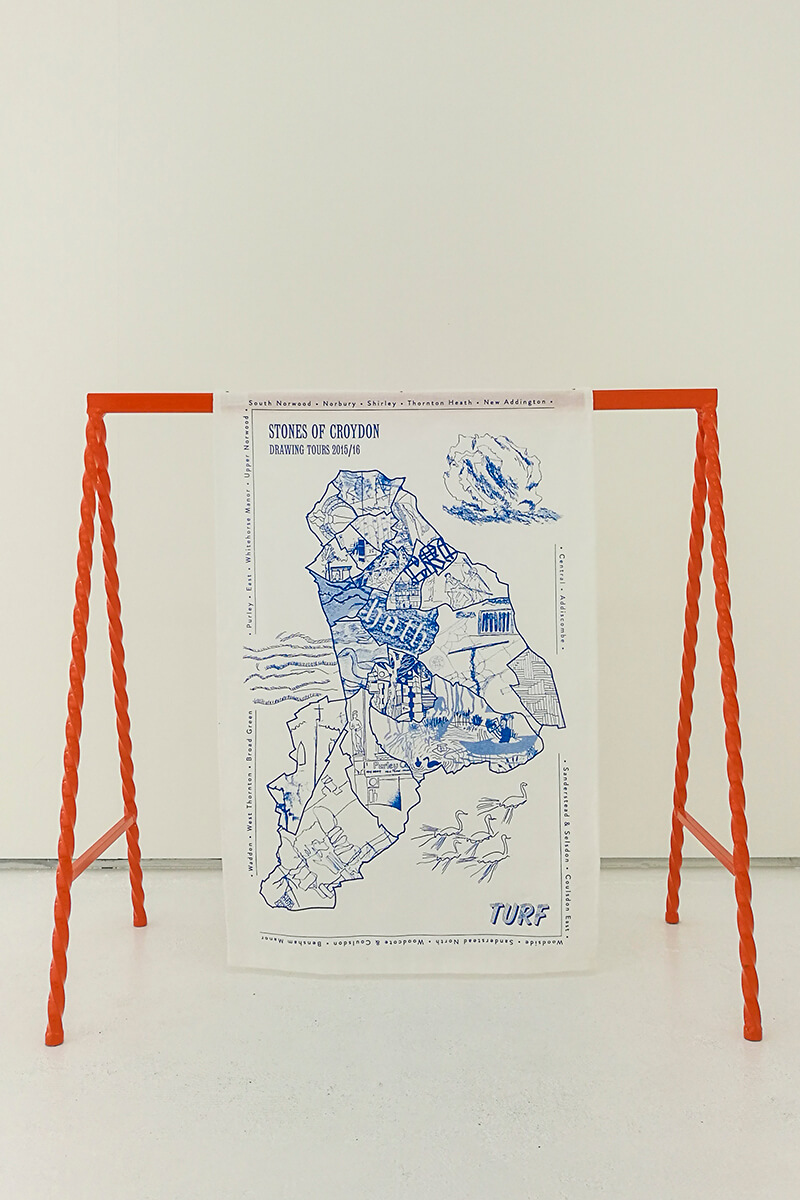 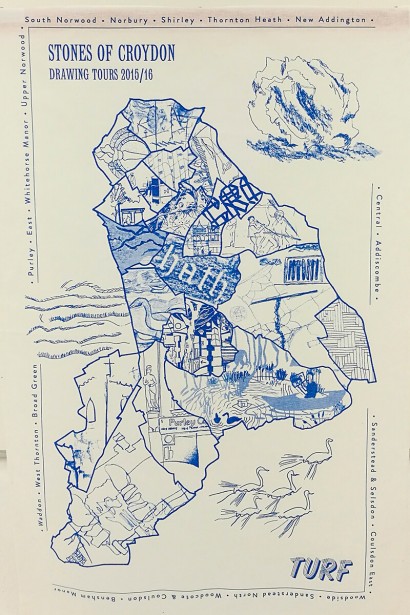 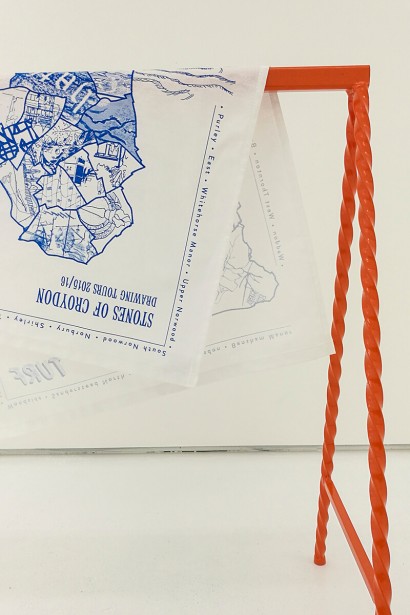 Over 2015-2016, Turf Projects ran a series of 20 free ‘Stones of Croydon’ outdoor drawing tours to celebrate the 50th anniversary of Croydon becoming a London Borough. Croydon Council had previously worked with Assemble to place (and then relocate) a series of boulders in each of Croydon’s twenty 1964 original wards. We used the relocated boulders as a starting point for each of our tours, with each session led by a different artist / creative professional.

To celebrate this drawing tour series,Turf has produced a commemorative tea towel, featuring drawings made from the tours in each of the wards.

// ABOUT STONES OF CROYDON

Turf’s ‘Stones of Croydon’ drawing tours have been running since 2013. The workshops encourage participants to explore the rudiments of drawing technique – outline, shading, colour – through carefully observing and drawing Croydon. Each workshop is led by different professionals from various fields of art, design and architecture. The workshops are based upon John Ruskin’s principles outlined in his book ‘The Stones of Venice’ and are intended not for the training of artists, but of people who, by following the class, ‘might see greater beauties than they had hitherto seen in nature and in art, and thereby gain more pleasure in life’.