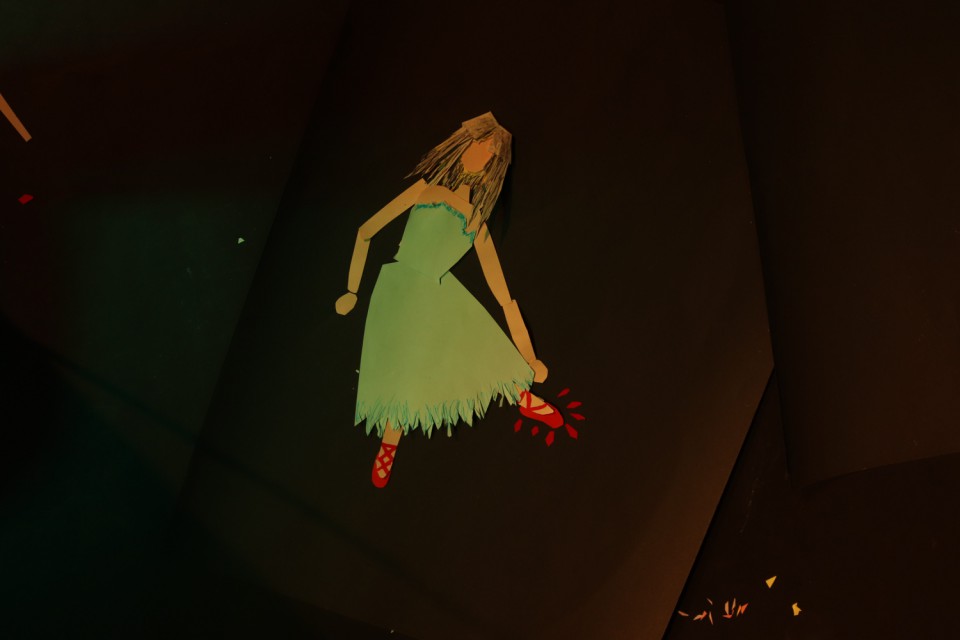 LOFT resident curator Emma invited local artist and fellow CSoA student Katie-Rose to be the first host in our new series of IGTV workshops!
Katie-Rose is an Illustrator and Stop-motion animator and her work takes influence from Anime and Manga as well as the creepiness from Tim Burton’s animations in her quest to add horror to her work. Katie has produced several animations that have gained traction and she has put together a workshop that details just how you can create your own animations from home.

Hi, I’m Katie-Rose. I’m an illustrator and a stop motion animator and I’ll be showing you how to do stop motion at home.

What is stop motion animation?
Stop motion is an animation technique in which objects are moved bit by bit between individual frames so that they will appear to show independent movement or change when the series of frames is played back. Examples of stop motion being used in films: Fantastic Mr. Fox by Wes Andersen, Coraline By Henry Selick, and The Nightmare Before Christmas by Tim Burton.

What you will need
Now we’re going to need something to animate with. You can use anything, but to help you get an understanding of how animation works I would say use wooden mannequins or clay, both things that are easy to animate.

If you want to try to be more experimental with your animation, you can use colourful craft paper. You can do anything with paper. If you are stuck on an idea, have a look at ‘The Receptionist’ by Travis Betz. It was a series on YouTube that ran from 2007 to 2014. The Receptionist was a series of short story videos where everything was made from paper aside from Travis himself. So if you are interested check his work out!

Planning the story
Now that you have the things you want to animate with, you’re going to now need a storyboard.
A storyboard is a graphic organizer that consists of illustrations displayed in sequence (similar to a comic book) for the purpose of pre-visualising a motion picture or an animation. You can have as many panels you want for your storyboard but I would say use six panels as it is a good number to get an idea of what you want to do with the story. You can also write a script if you’re planning to have any dialogue in your animation but it isn’t necessary.

Filming
Now we have everything in place, we can start filming. With most stop motion work you would use Dragonframe but we’re in a pandemic and don’t have a personal stop motion studio to use. A cheaper option is Stop Motion Studio and it is free to download for both IOS and Android. There is also a pro version available for £4.99.

How to use Stop Motion Studio
Step 1:
Open the app and press on the “new movie” option.
Step 2:
You are then brought to a screen with many different options, press the icon that looks like a camera or you can tap the screen.
Step 3:
Then you will see a screen with a red button and a slide bar. This screen is where you will start animating. If your first scene is ready then press the red to start animating. After your first frame slide the bar down so it has the silhouette of the previous frame. It’s called onion layers and it will help you not have a big jump in-between frames.

Animating
If you plan on having the character in your animation do any sort of complicated movement I recommend having a laptop or something open to have a reference on hand while you animate. When I did my ‘Red Shoes’ project I had YouTube open in the background while I animated.

Be patient when animating. Stop-Motion is a long process and it will take time. It took a week to make a 1-minute video, so you can imagine how long a full-length film takes. Take your time with animating, it will get very tedious after a while but the end product is worth it.
Take breaks when needed as animating is very repetitive and also play some music, this could be for your animation or a random playlist to keep you motivated while creating.

With all this together you have made a successful Stop-Motion animation at home. Happy animating!

You can watch the workshop on IGTV here: https://www.instagram.com/tv/CLw1EDCnexg/?igshid=ysfhdoiaalsl

You can find more of my work here: