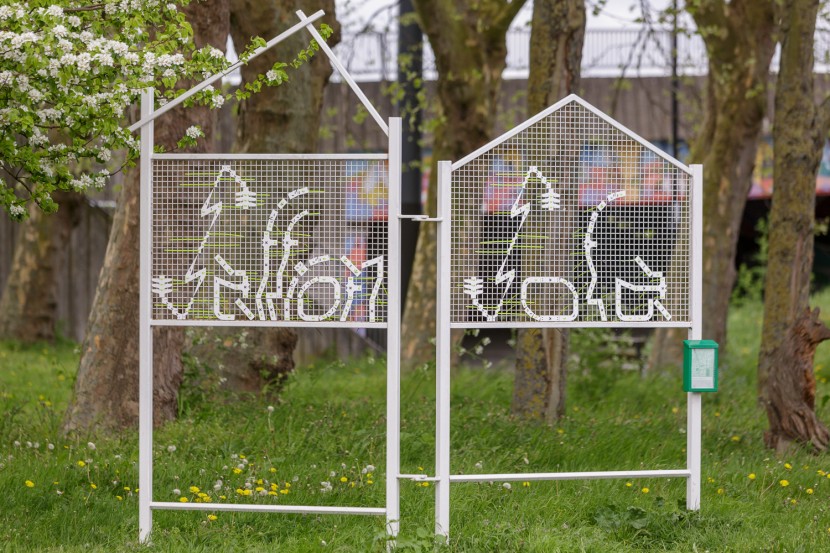 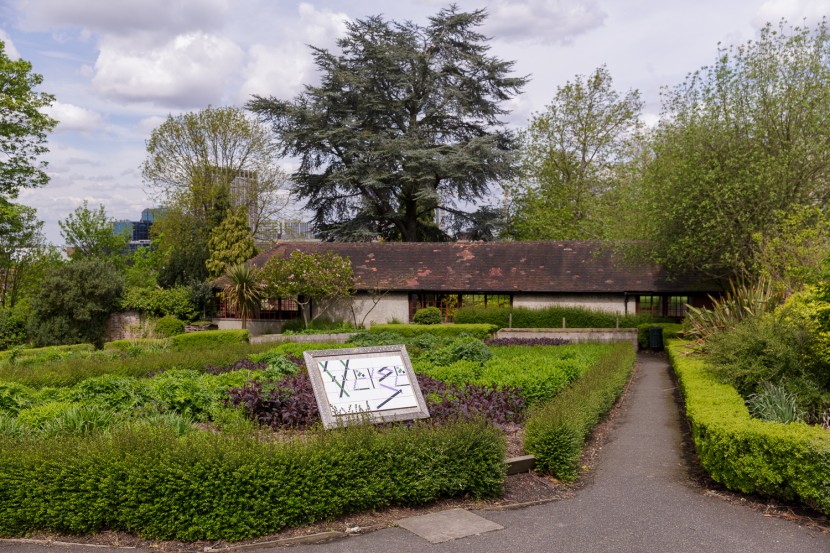 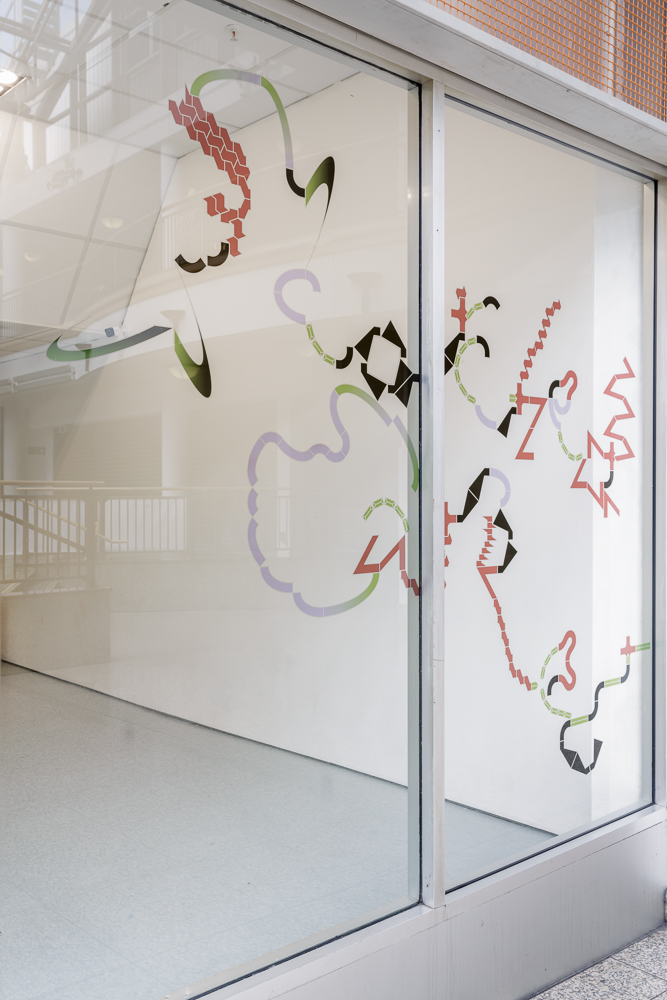 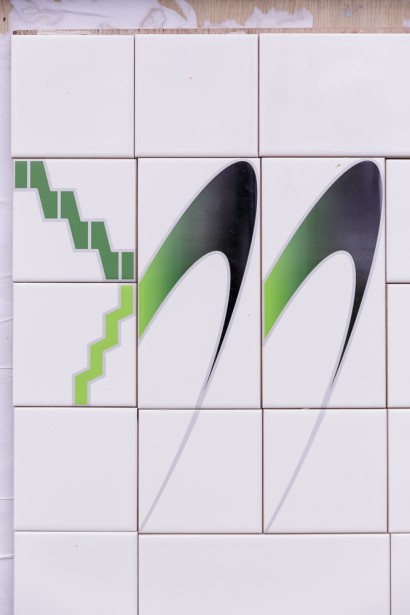 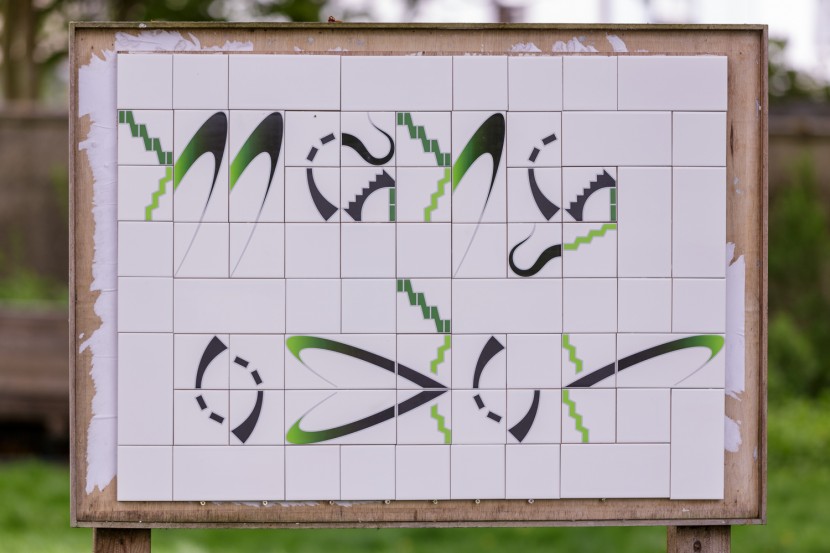 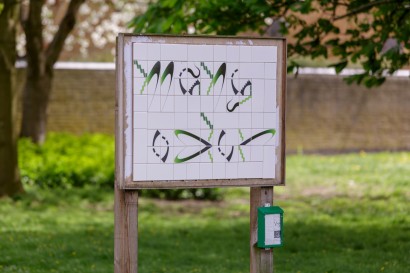 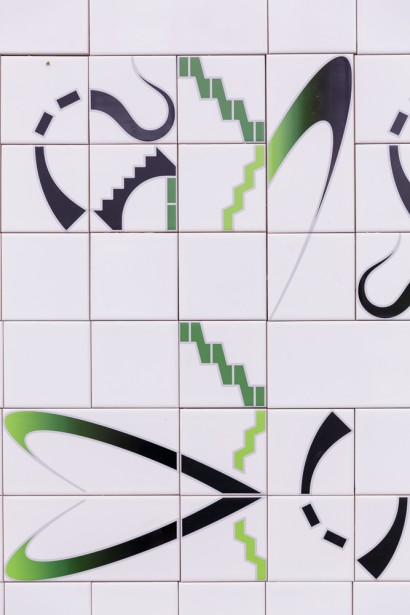 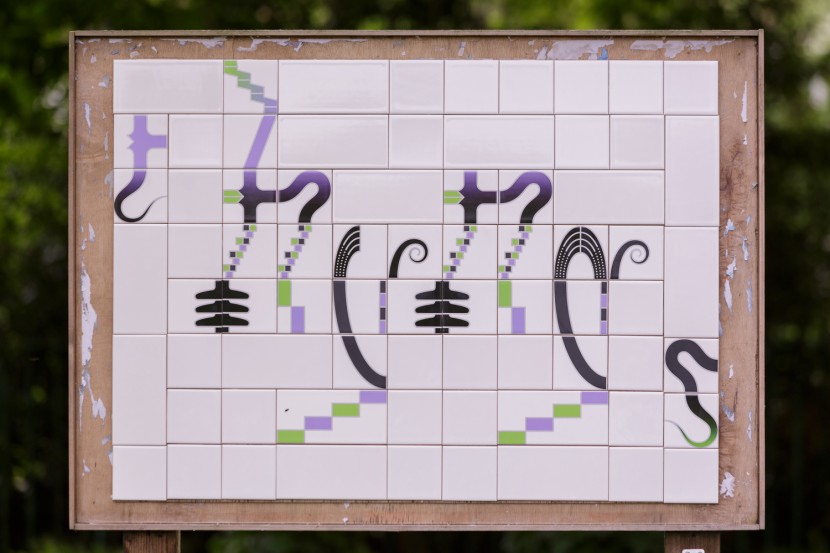 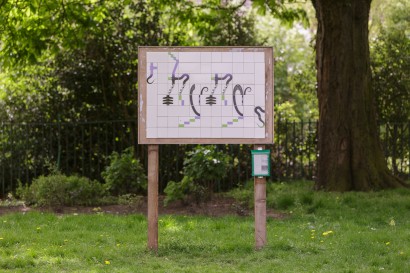 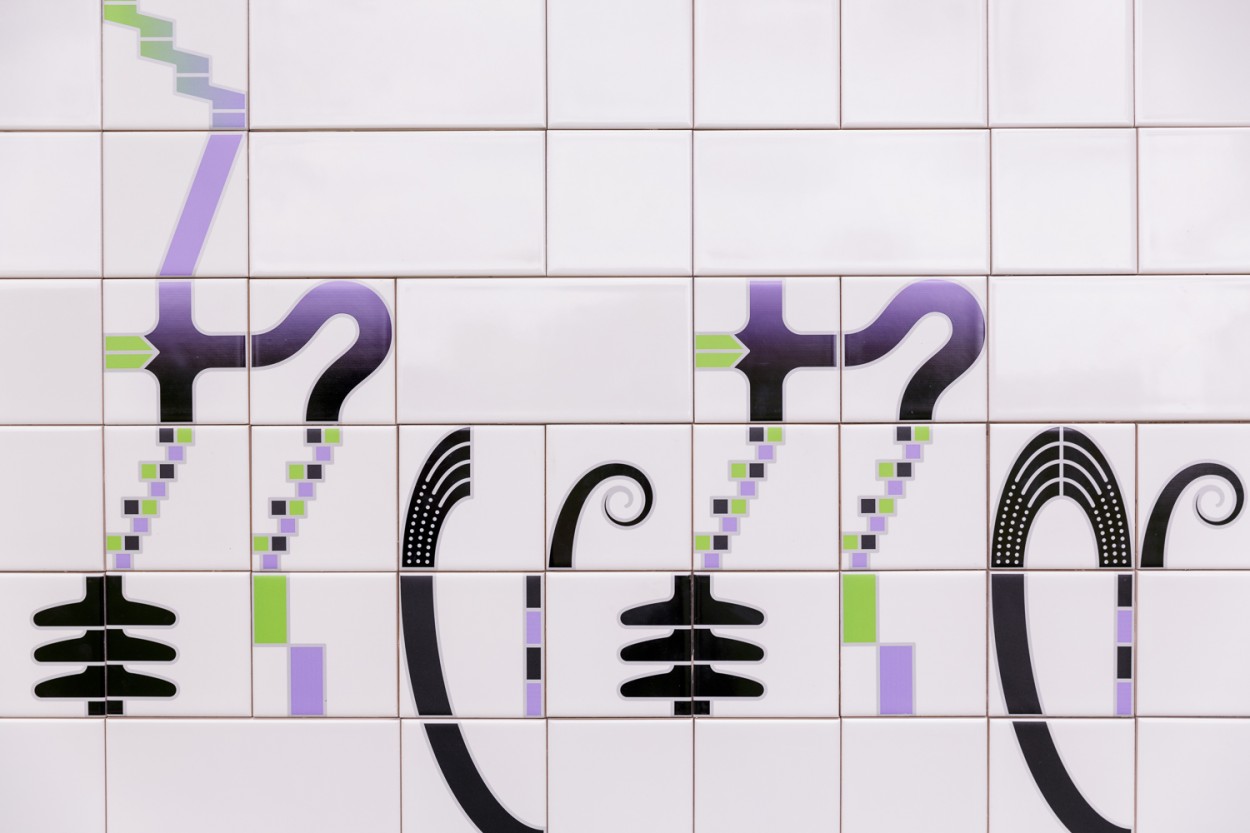 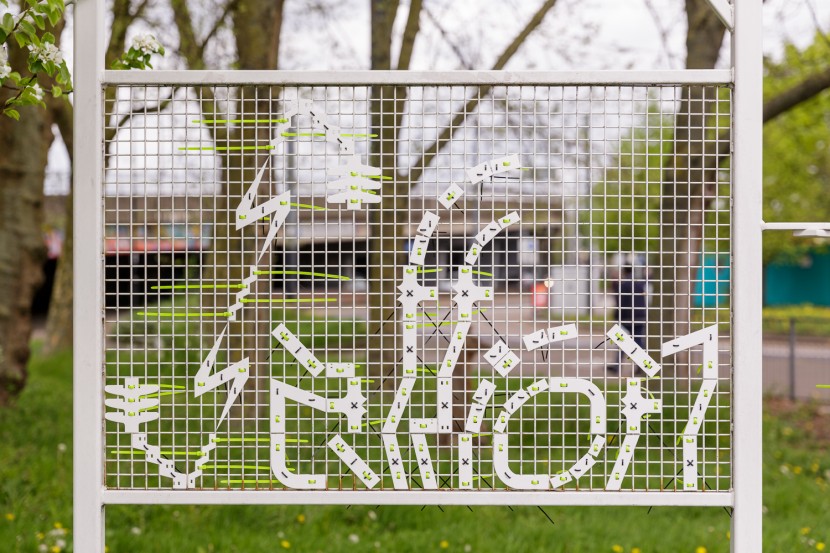 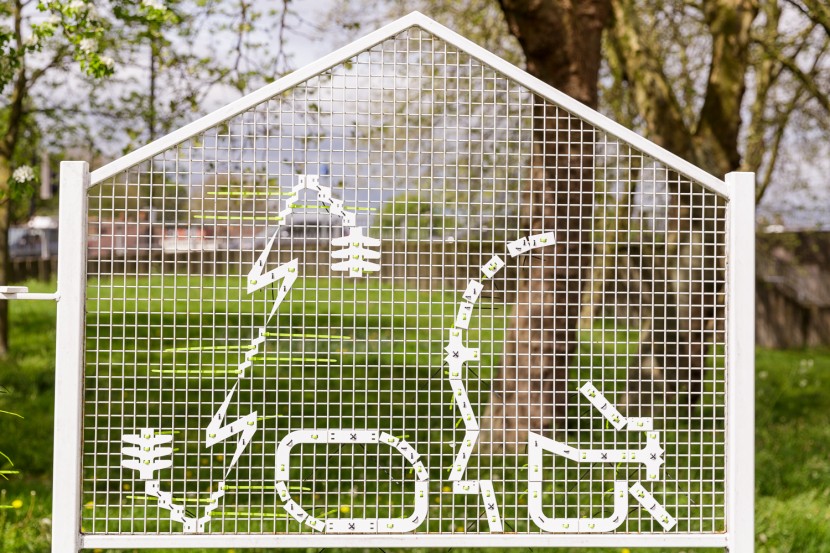 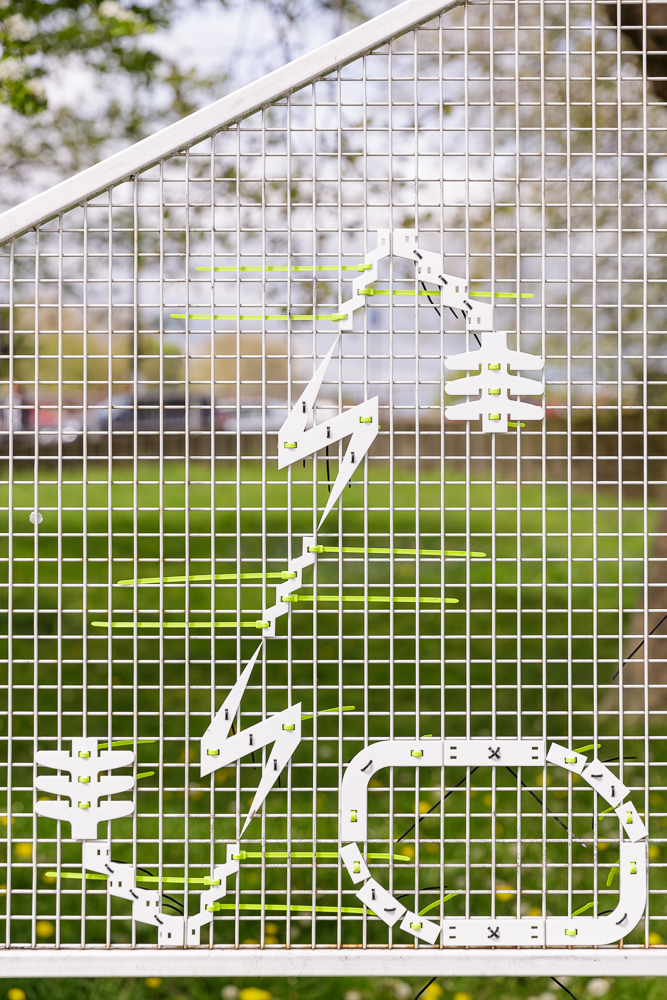 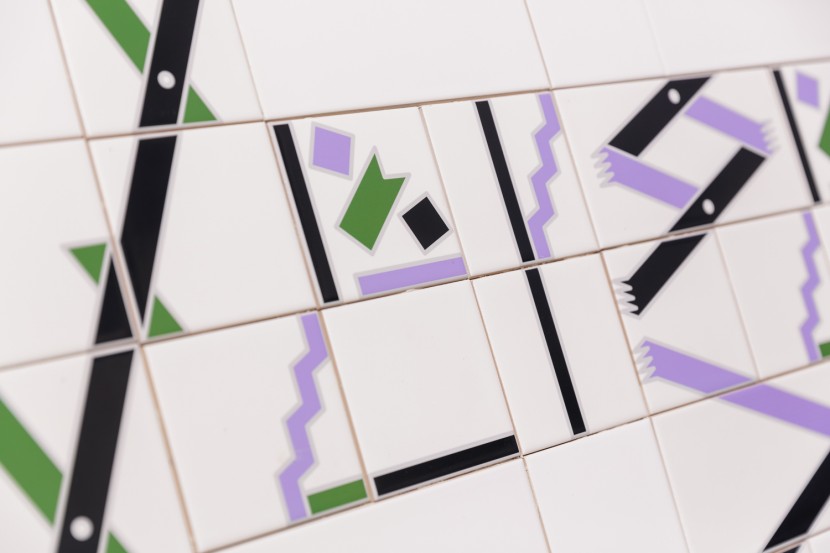 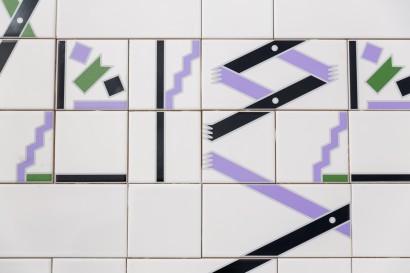 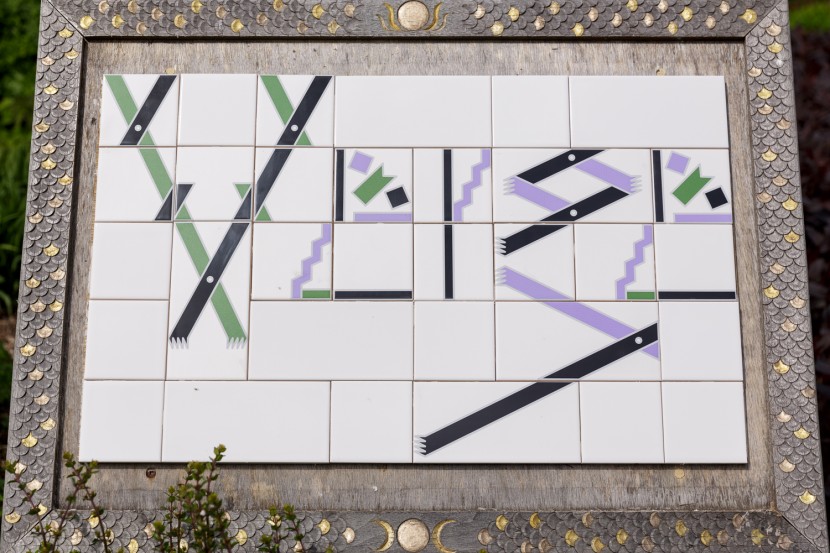 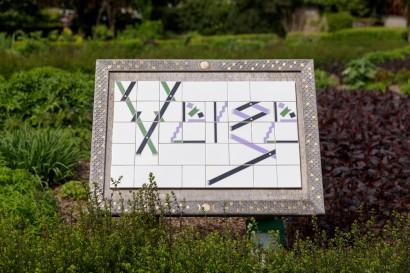 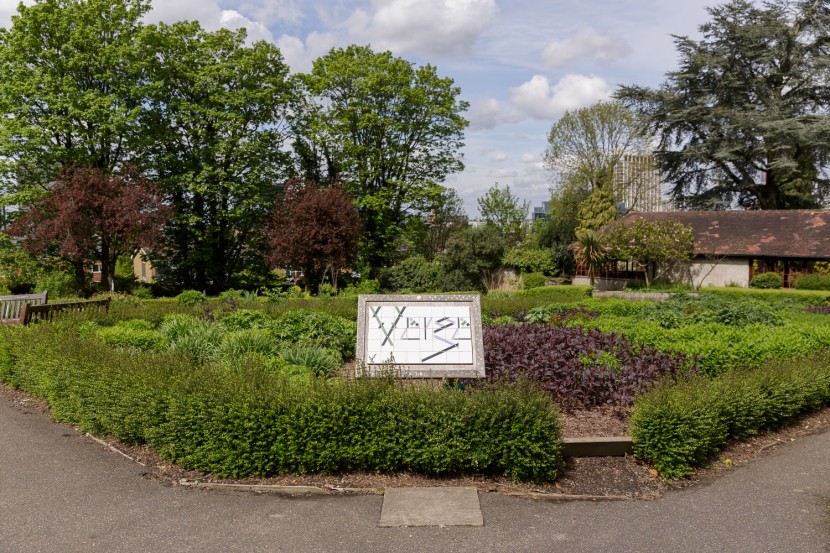 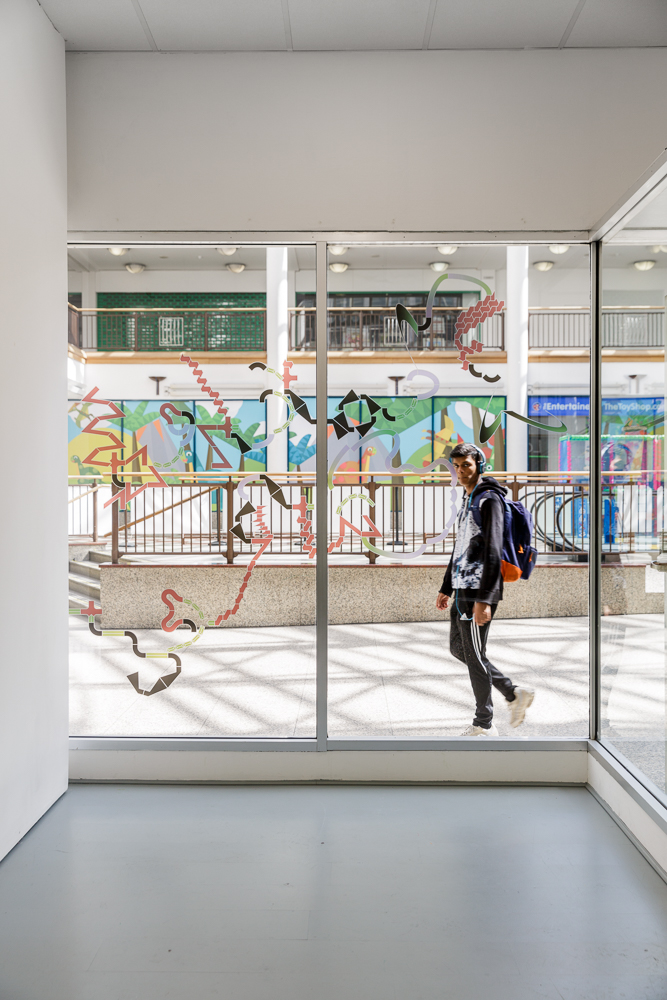 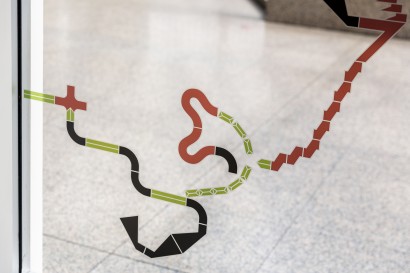 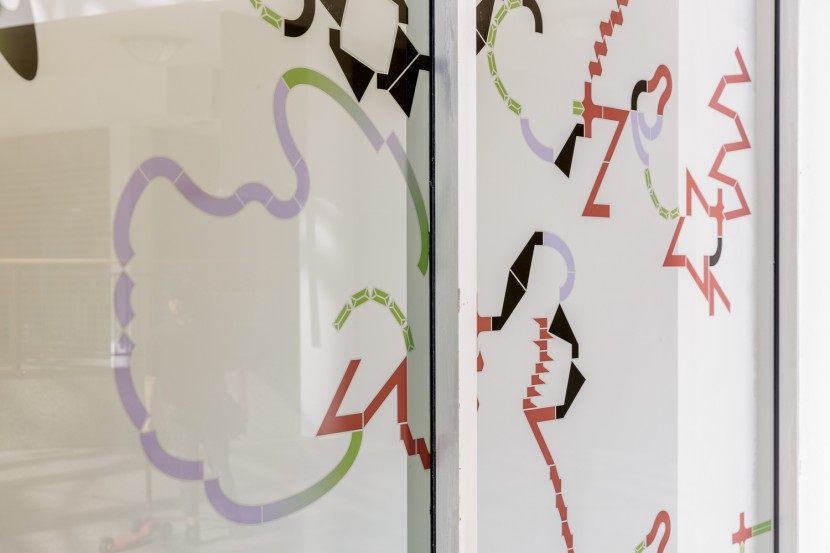 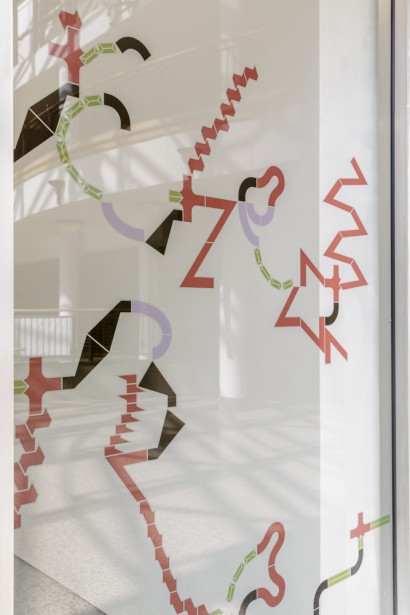 Each glyph that makes up a sign takes its form from architectural or accidental details in Croydon’s built up and built over centre. Bevels, bypasses, buttresses, struts, quoins: the letterforms have been set in a way that is less about harmonious placement and more about the available space – a technique shared by the area’s town planners and those who patch up the roads and pavements. The words, too, have been lifted from the immediate textual environment of road signs, ads and local newspapers of Croydon, and from the town’s archive of surveys, maps and meeting minutes. The terms and letterforms are euphonic and strange when isolated or set in simple combinations: ‘Saffron’ and ‘Sofa’, ‘Verge’, ‘Scorched Carpet’, and ‘many odur thyngs’. Out of context, the significance of each word — and the profile of each glyph — is not obvious to locate but describe a real place of architectural, geographic, historical and archaeological details and materials and events. A valley of crocus flowers, a shop of soft furnishings, a rare moth, an earthquake.

Wandle Park (across the two sites):

Reeves Corner (across the two signs):

Bryony Quinn is a writer, editor and lecturer. Her research and writing focuses on figurative and spatial obliquity — things that lean, slopes, diagonals, digressions — and she has presented her essays at the Turner Contemporary, Frieze Art Fair and the Royal College of Art. Quinn has worked with and for various art, literary and design institutions including Fitzcarraldo Editions, Cabinet Magazine, Artangel, Barbican Gallery, Studio Frith and It’s Nice That. Presently, she leads Contextual Studies in Graphic Design at University of East London and is a lecturer on the MA Graphic Media Design programme at London College of Communication.