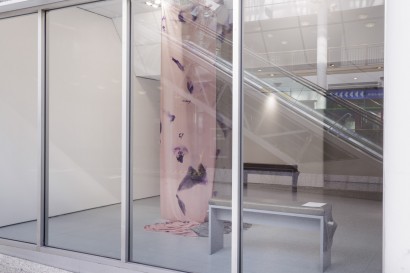 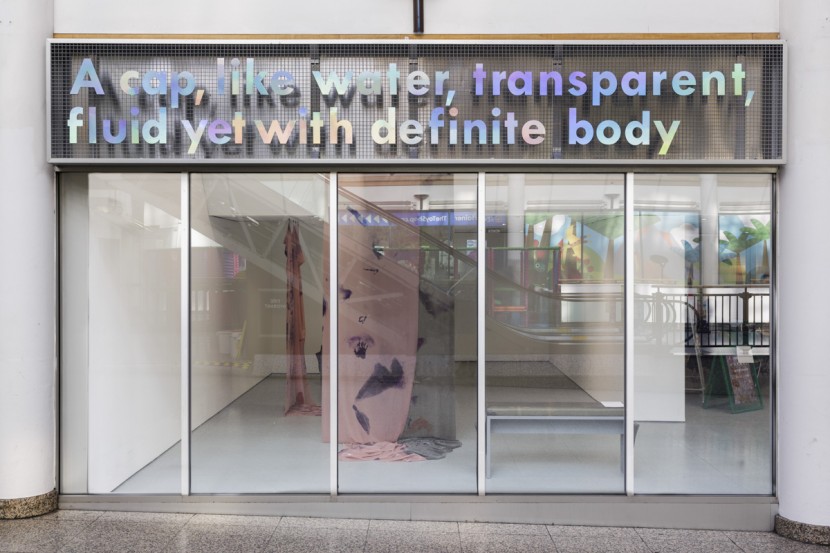 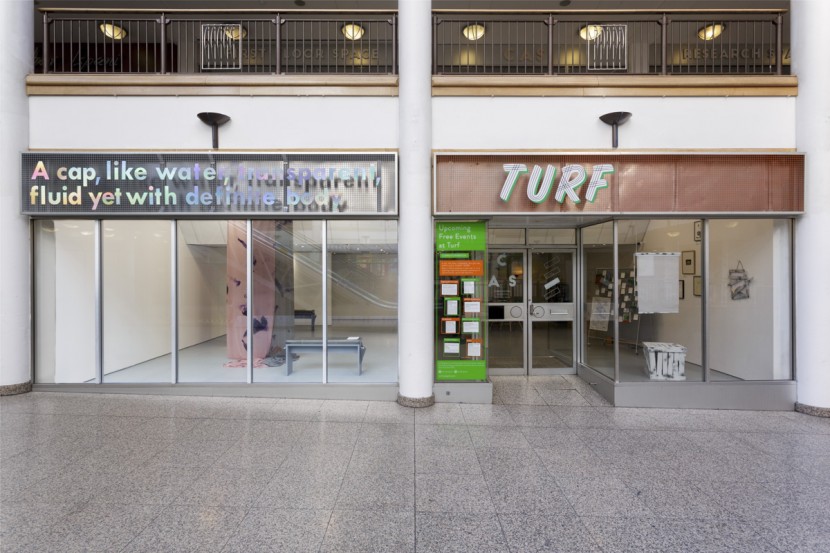 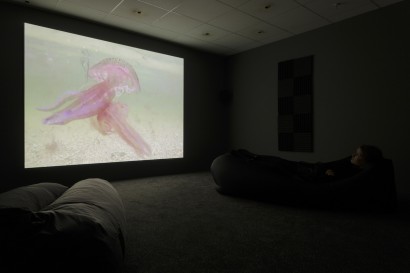 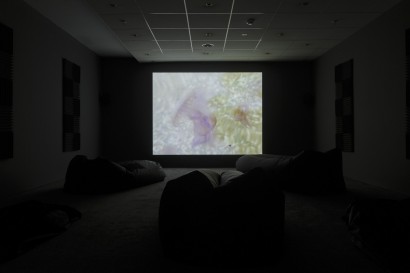 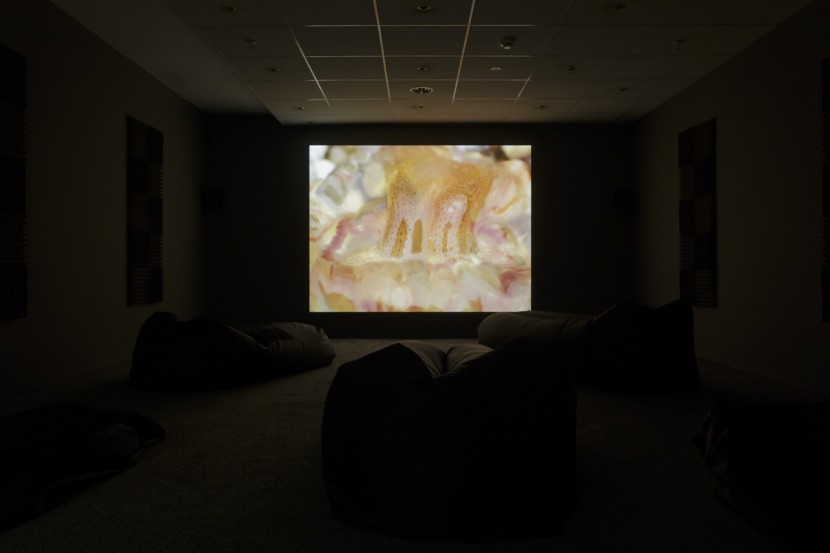 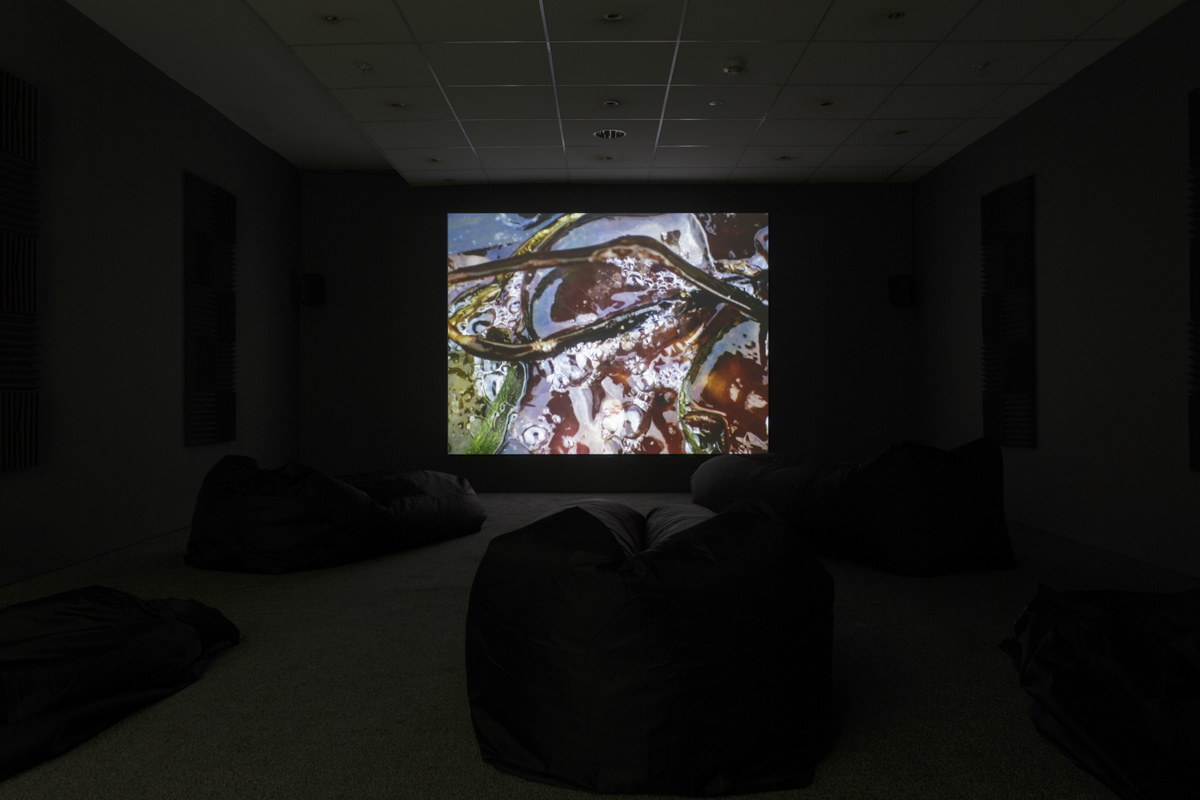 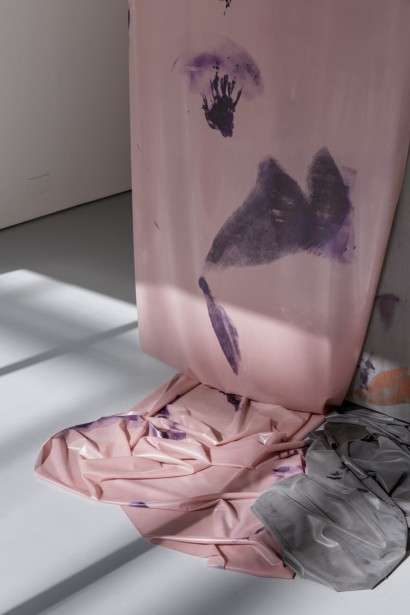 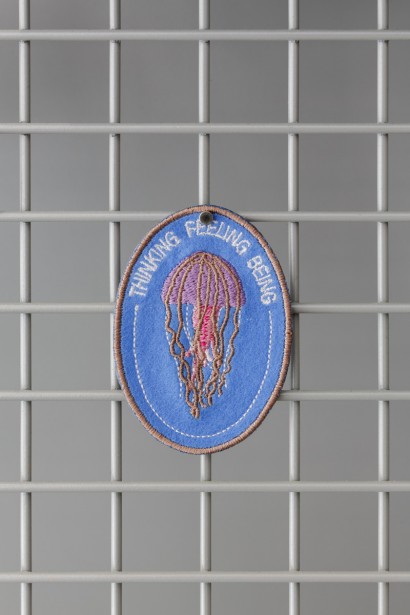 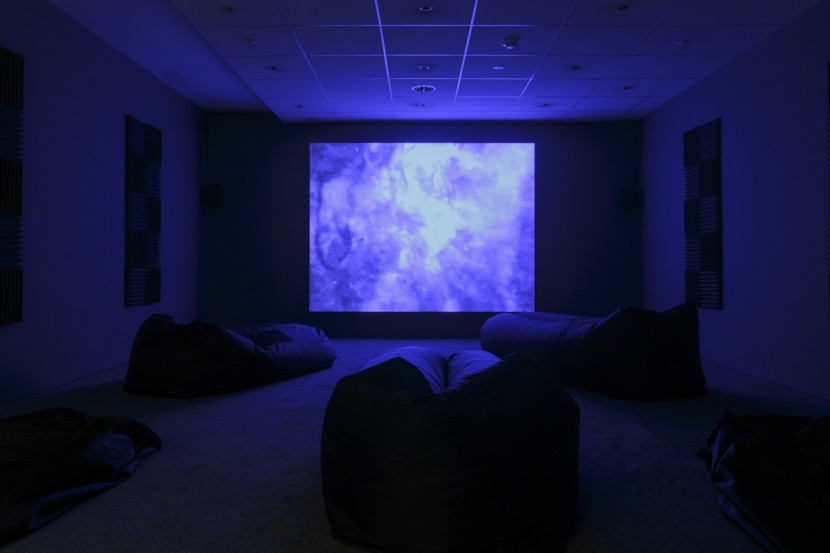 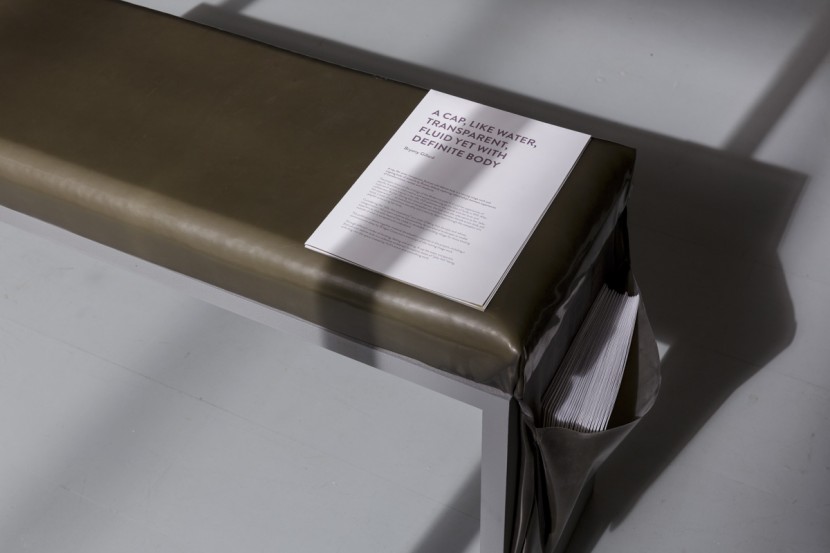 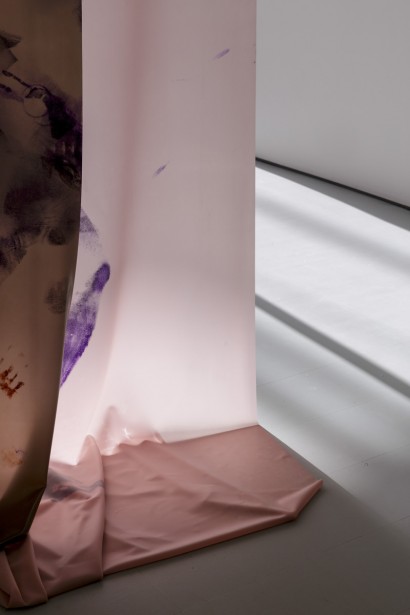 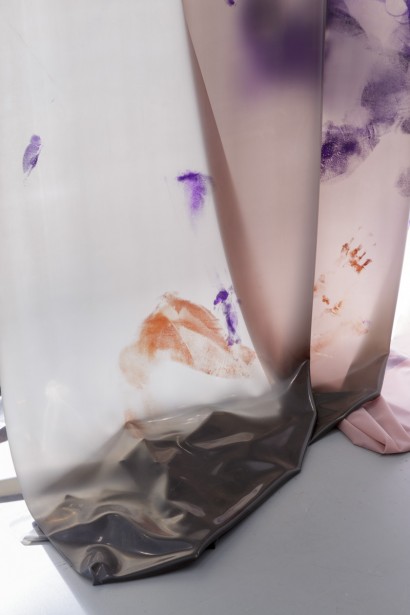 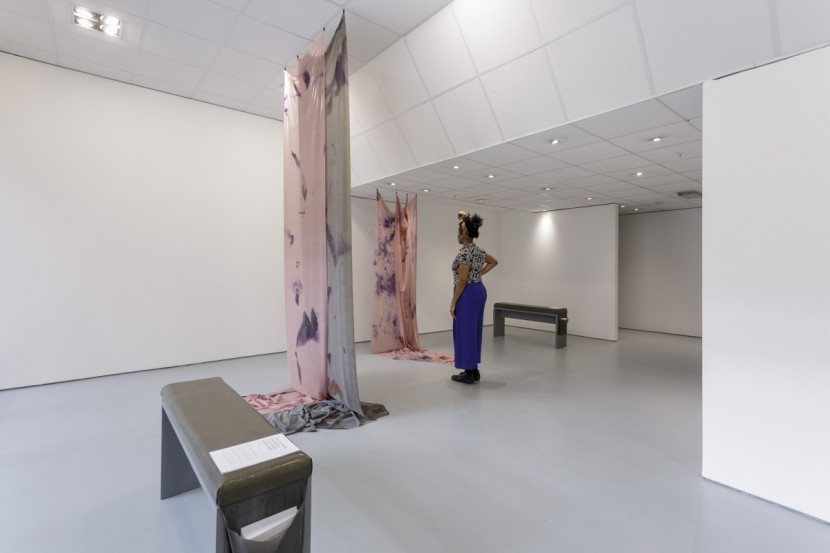 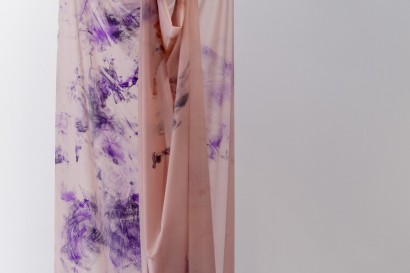 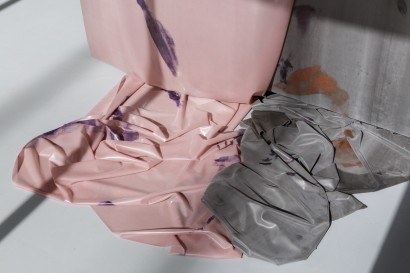 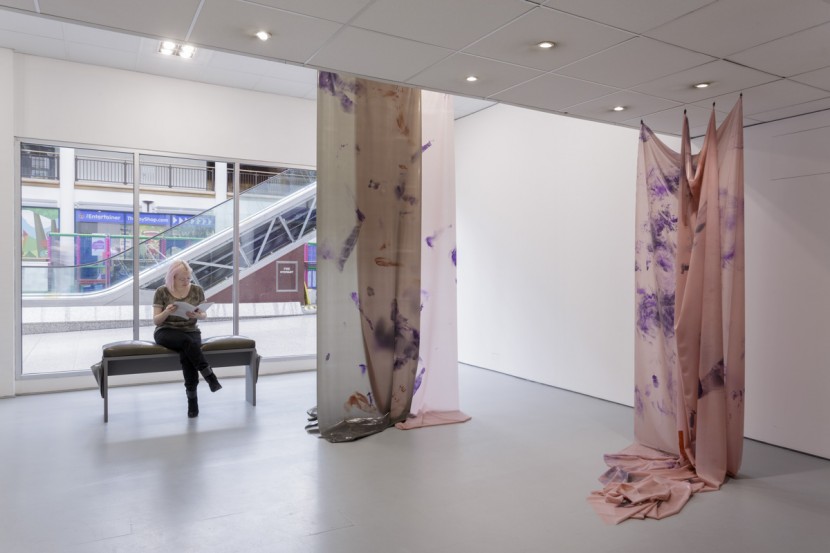 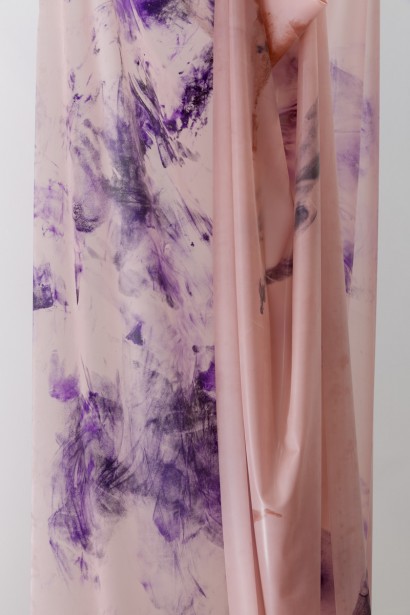 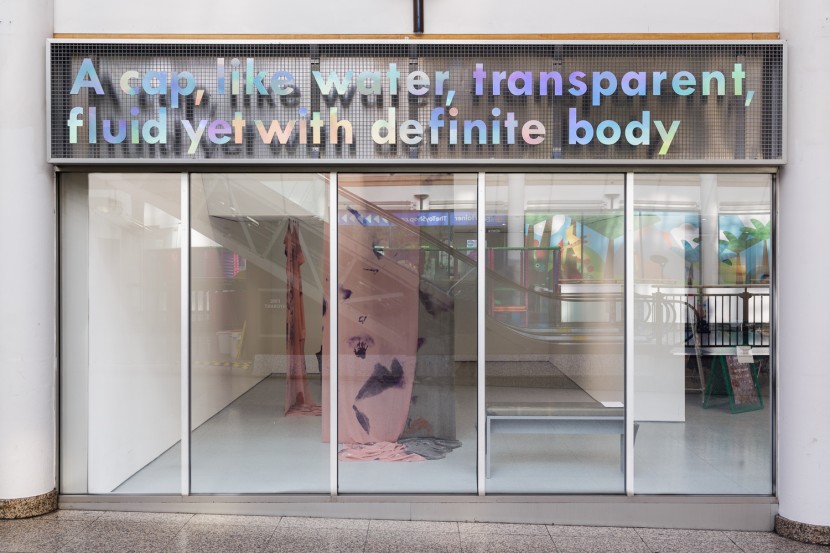 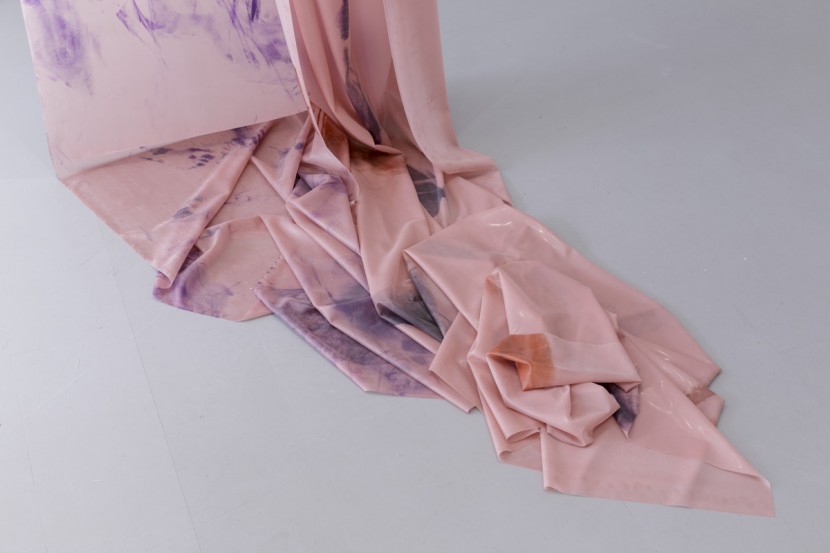 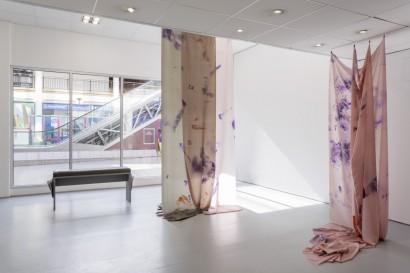 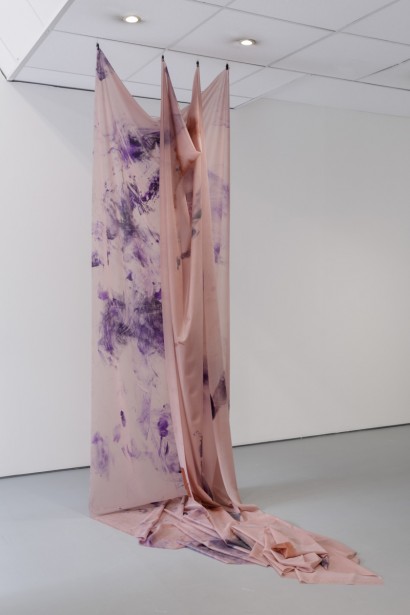 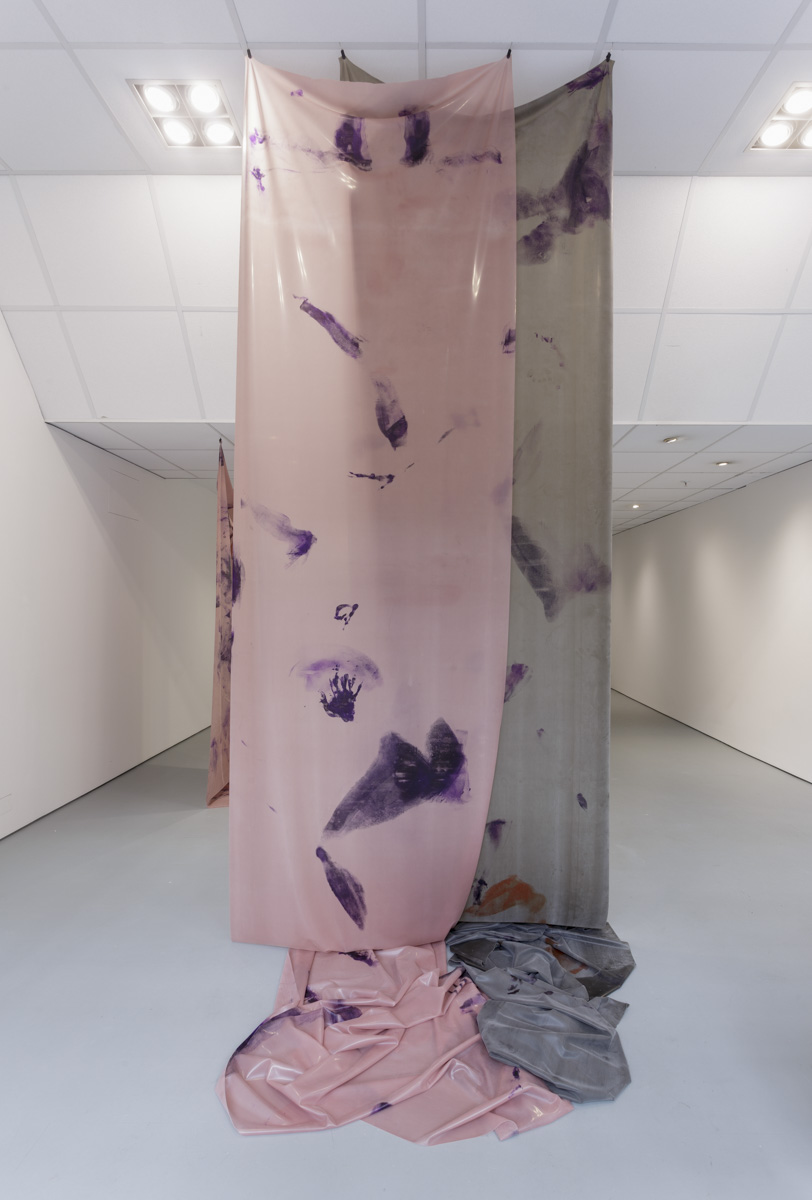 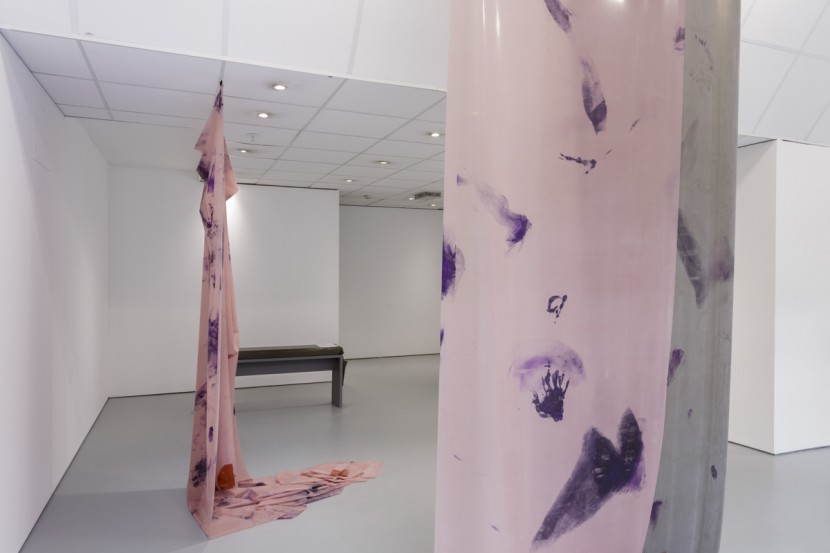 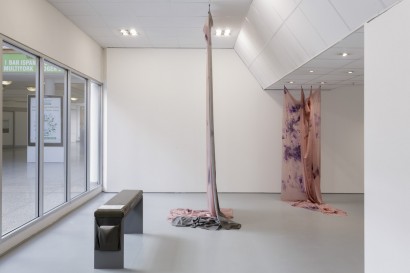 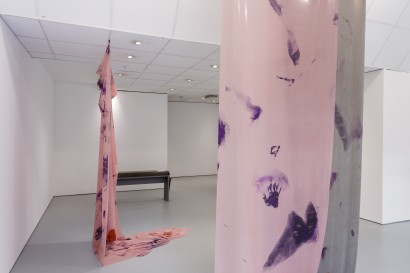 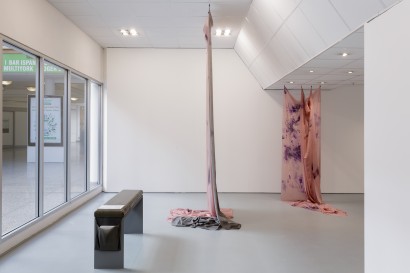 “If I could visualise or describe that over-mind in my own case, I should say this: it seems to me that a cap is over my head, my forehead, affecting a little my eyes. Sometimes when I am in this state of consciousness, things about me appear slightly blurred as if seen under water.” [1]

Considering the ‘jelly-fish experience’ as a state of being that disrupts and refuses categorisation, Gillard’s work explores peripheral landscapes as transformative; enabling experiences that exist beyond the otherwise visible or thinkable; providing refuge to exist outside of what is accepted and understood.

The work features documentation from a peer led workshop with artist Viki Browne, dancer Danni Spooner, writer and researcher D-M Withers, vocal improviser Maggie Nicols and the artist. Drawing on an essay H.D wrote about her experiences, Notes on Thought and Vision, the group followed the tentacles of their own ‘jelly-fish experiences’ through movement, voice and reading exercises, improvisation and discussion.

Footage shot on St. Mary’s on the Isles of Scilly — the site of H.D’s transformations in 1919 — is brought into a tentacular web with these shared explorations, layered against a soundtrack that weaves together vocal improvisation, transcribed excerpts of discussion and H.D’s essay and additional improvisation recorded with musicians, Autobitch.

Through different modes of thinking, feeling, looking and listening, A cap like water, transparent, fluid yet with definite body is a collective endeavour to explore states of ‘jelly-fish’ being, unfurling into the space created by H.D’s ground breaking work.

Situated between writing, performance, video and exhibition making, Bryony Gillard’s practice draws on the notion of ‘constant revision’ — states of being in which structures or ideas can be subverted, dissolved or questioned. Often focusing on investigating marginalized Herstories and practices, her work reflects upon events, approaches and ideas that refuse to be pinned down or categorized. Through a process of both uncovering and layering influences, histories and conversations, her work attempts to create a space for genealogies of Feminist practice that are allusive, messy and entangled in contemporary concerns.

Bryony has an MFA from the Dutch Art Institute, School for Art Praxis. Forthcoming projects in 2018 include a solo presentation at Turf Projects, Croydon and a group exhibition exploring the writings of Virginia Woolf at Tate St.Ives, Pallant House (Chichester) and the Fitzwilliam Museum (Cambridge). Her work has been included in a range of national and international contexts including Documnt (New York/Berlin), BB15 (Linz), Exeter Phoenix (U.K), Casa de Pova (São Paulo), Upominki (Rotterdam).

H.D (born Hilda Doolittle, 1886, Bethlehem, Pennsylvania) was a modernist poet, filmmaker and novelist who lived most of her life in Europe. H.D was openly bisexual and had a life-long relationship with fellow polymath and philanthropist and Bryher. Bryher and H.D spent many happy, creative times in Cornwall and the Isles of Scilly and although her ‘jelly-fish experience’ and subsequent essay, ‘Notes of Thought on Vision’ occurred in 1919, the text was not published until 1982. H.D undertook psychoanalysis with Sigmund Freud, later writing about her experiences in detail in ‘A Tribute to Freud’ (1956) in which she revisited her ‘jelly-fish’ experience. Her writings were rediscovered in the 1970s when she served as an icon for both the LGBTQ+ and feminist movements. She died in 1961.

Bryher (born Annie Winifred Ellerman, 1894, Margate, U.K) was a novelist, poet, composer, memoirist, publisher and film maker who named themself after their spiritual home, one of the Scilly Islands. Assigned female at birth, Bryher is known to have used the pronoun he. Bryher played a major (and largely uncelebrated) part in the development of modernist writing, supporting many struggling female writers with their fortune. Bryher and H.D met in Cornwall in 1918 and their relationship continued until H.D’s death. In 1927, with H.D and the writer Kenneth Macpherson, Bryher founded the film magazine Close Up in Switzerland – the first publication dedicated to artist film, and was an active anti-Facist, helping to evacuate Jews from Hitler’s Germany.

A cap like water, transparent, fluid yet with definite body

The project is indebted to H.D and her essay Notes on Thought and Vision (1919)